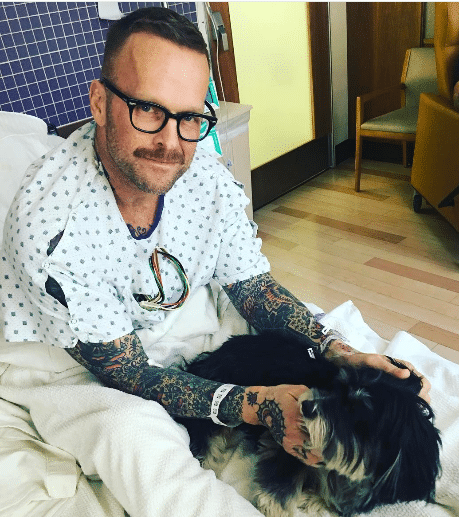 If there were a poster child for heart health, it would be Bob Harper.

He’s in impeccable shape. (If there’s an ounce of fat on him, it’s not visible.) He’s an avid CrossFit athlete. He’s an expert on nutrition, having written several books on the subject. He meditates regularly to reduce stress.1

And at age 51, he’s relatively young.

That’s why it was such a shock when the fitness guru of the reality weight loss TV show The Biggest Loser suffered a heart attack recently.

Harper seems to do everything—and more—that doctors say you should do to prevent heart disease. But it may be the “and more” that got him in trouble…

According to reports, after getting the high-profile Biggest Loser hosting gig, Harper began pushing himself harder than ever in his workouts.

He was doing his usual punishing routine in a New York City gym when he collapsed. A fellow gym-goer who also happened to be a doctor administered CPR and used paddles to keep him alive.2

Harper was unconscious for two days following the heart attack. But he now appears to be on the mend. Harper posted this message on Instagram: “My word of the day… LUCKY.”3

Recommended for You: Blood Pressure Cure… Discovered in a Cockpit

Something strange was happening to pilots training to fly F-16 fighter jets.

The ones who went into the program with elevated blood pressure were coming out a few weeks later with normal, healthy readings. They hadn’t taken any medications. Their diets hadn’t changed. They hadn’t made any changes to their exercise regimens.

Go HERE to discover their secret. And how you could lower your blood pressure up to 15 points from your living room using this same trick.

The Wrong Type of Exercise Can Damage Your Heart

A 2014 study in the European Heart Journal provides insight into what may have led to Harper’s surprise heart attack.

It showed that athletes who engage in chronic extreme exercise and compete in endurance events over a long period of time have higher rates of heart problems. Harper has worked as a trainer for at least 20 years.4

The analysis found that long hours of endurance exercise can lead to heart damage and rhythm disorders. The researchers looked at athletes who, like Harper, pushed themselves hard…running dozens of miles…going past exhaustion…pushing through dehydration and pain that would sideline many people.

People with genetic risk factors are especially vulnerable, the study found. Harper has said his mother died young of a heart attack.5,6

Instead of extreme exercise, like marathon-style running, we’ve long recommended high-intensity interval training (HIIT) for heart health. It’s safer and gets you in better shape faster. Two weeks of HIIT raises your aerobic capacity as much as two months of steady-state cardio.7

The basic formula for HIIT is simple. Just warm up for 3-5 minutes…then sprint at an all-out pace for the next 30-60 seconds. Then slow to a jog for the next minute or two.

Repeat this process 5-7 times and then cool down for at least two minutes.

It takes only about 15 minutes. And you can apply the HIIT principle to just about any type of cardio exercise. We recommend using a treadmill, stationary bike, or elliptical machine at first.

If you’re concerned about your heart health, there’s something else you should know…

Discover the little-known test that detects heart disease quicker than the ones used in every doctor’s office across the country… And how a natural “warrior extract” can treat it without causing dangerous side effects.