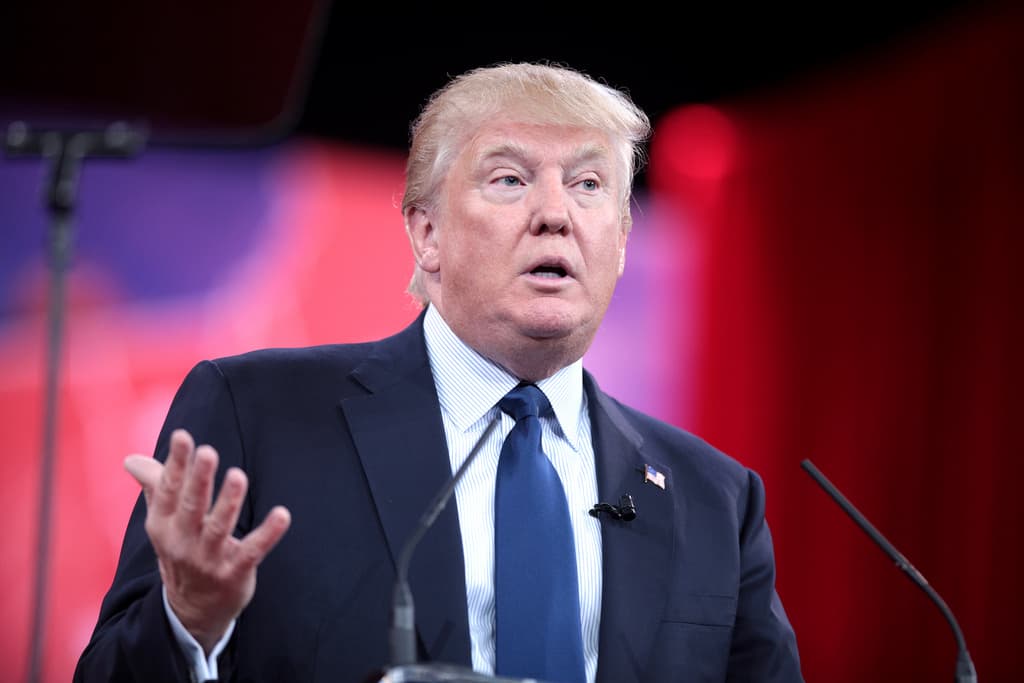 During the campaign, Donald Trump appeared to be the picture of wellness. He kept up a grueling schedule.

Aside from a case of the sniffles during one debate and the fact that he carries a few extra pounds, he showed no signs of ill health.

But unlike other candidates, Donald Trump did not release his medical records. Instead, he had his doctor write a letter attesting to his good health. So there’s a lot we don’t know about his medical history.1

And, like any president, there’s a lot riding on his health. At age 70, Trump is the oldest person to become president.

Dr. Harold N. Bornstein has been Trump’s personal physician since 1980. In a recent interview with The New York Times, he revealed that President Trump takes four medications.2

He takes a hair-growth drug, an antibiotic to control a skin problem, a statin for high cholesterol, and a low-dose aspirin for heart health.

By taking four medications, Trump is actually on far fewer drugs than most seniors. American seniors take an average of 15 prescriptions, according to a study by the American Association of Consultant Pharmacists.3

Recommended for You: Stop Male-O-Pause NOW

Know what it feels like to completely lose your sex drive? After age 30, your testosterone declines at a rate of 1% a year. By age 50, it’s 25% of what it once was….

But you don’t have to degenerate into an impotent old man. Because researchers at Harvard have discovered that flipping one biological switch in your body can defeat brain fog, give you the best sex of your life, and the body you always wanted—no matter how old you are.

Click HERE to find out how to do it from home.

Are Trump’s Medications Endangering His Health?

According to Dr. Bornstein, President Trump takes these four medications:

The pill, which came out in 1997, thickens hair in 65% of those who take it. But it’s linked to serious side effects. They include impotence, insomnia, brain fog, depression, and suicide.

Since 2011, more than 1,200 lawsuits have been filed against Propecia’s manufacturer, Merck. Here’s the worst part: The lawsuits allege that the drug’s side effects don’t go away once it is discontinued.4

Steven Rossello is one of the plaintiffs. Despite stopping the drug in 2010, he says he continues to suffer finasteride-induced depression that cost him his fiancée and his job.

“There’s a lot of talk about sexual side effects,” Rossello says. “But the worst effects are the mental ones.”

Rosuvastatin: This cholesterol-lowering medication is sold under the brand name Crestor. As we’ve told you, statin drugs do little to lower heart attack risk. Statin side effects are notoriously common. A study in JAMA last year found that more than 40% of users suffer muscle pain.5

And that doesn’t even include the many other statin problems listed as “common” on the label. They include cough, sore throat, headaches, skin rash, swollen glands, and trouble swallowing.6

Trump’s sniffles during one of his debates with Hillary Clinton may have been due to rosuvastatin. Another common side effect is runny nose.7

Tetracycline: President Trump takes a long-acting form of this antibiotic to treat rosacea. It’s a common skin condition. It causes redness of the nose and other parts of the face. Except in serious cases, it usually doesn’t cause any functional problems, just cosmetic ones. One survey found that 90% of rosacea patients suffer emotional issues from the condition’s effect on their appearance.8

Like other antibiotics, tetracycline can cause digestive problems. In addition to destroying disease-causing microbes, it also kills your beneficial gut bacteria. This can lead to diarrhea, nutrient deficiencies, and impaired immunity.9

But for President Trump, who has not had a heart attack, taking aspirin probably doesn’t do much good. The study showed that in patients with no prior history of heart problems, only seven patients out of 10,000 are helped. What’s more, 20 out of the 10,000 will suffer stomach bleeding caused by aspirin.10

President Trump is on far fewer drugs than most Americans his age. But like anyone taking pharmaceutical medications, he’s still putting himself at risk for dangerous side effects.

If you’re worried about medication dangers, there’s something else you should read…