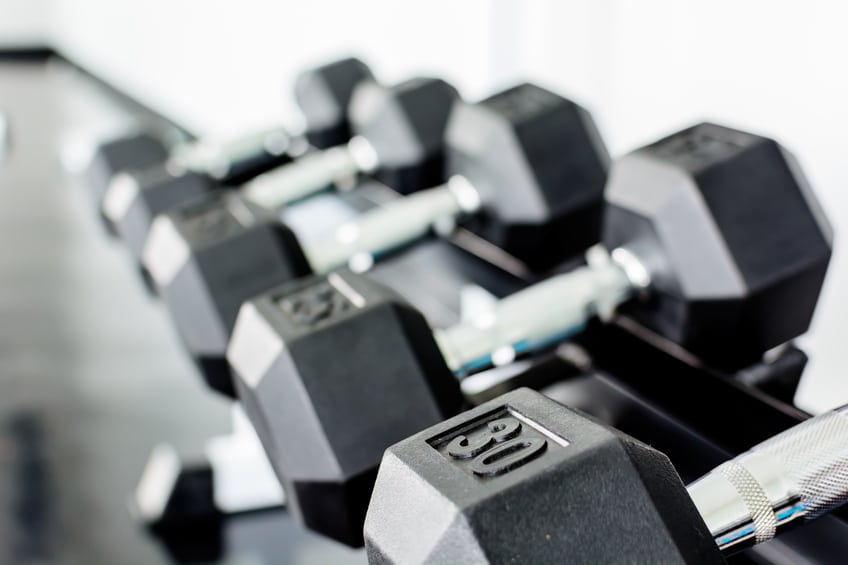 Stop calling the weightlifters at your gym “muscle heads.” It turns out they may be smarter than you think

A new study shows for the first time that weightlifting can make you more intelligent.1

They divided the seniors into four groups that performed different tasks:

The two weightlifting groups worked out twice a week for six months.

They did repetitions with weights that required at least 80% of their peak strength limit. As their strength increased, the amount of weight they used was increased to maintain the 80% threshold. Seniors in these two groups had strength increases of 70-94%.

After six months, scientists measured the brain power of the four groups using cognitive tests. They found “significant improvements in cognitive functioning” in the two weightlifting groups. Some subjects improved their brain function scores by as much as 37%.

Neither the cognitive training group nor the placebo group showed any improvement.3

The weightlifters’ mental benefits remained at 12-month follow-up testing even though the subjects had stopped working out.

The study was published recently in the Journal of the American Geriatrics Society. The results confirm earlier research. One study used MRI scans to show that weight training increases the size of brain areas associated with cognitive functioning. So far, studies do not indicate the same cognitive improvement for aerobic activities.4

Dr. Yorgi Mavros is an exercise physiologist at Sydney University. He is the lead author of the new study. He said it doesn’t matter which muscles you strengthen—arms, legs, or core. But it’s important that you work out at least twice a week.

“The key is to make sure you are doing it frequently, at least twice a week, and at a high intensity,” he said. “This will give you the maximum benefit for your brain.”5

It is estimated that at least 10% of Americans over 65 years old have MCI. It’s a slight but noticeable decline in memory and thinking skills. It’s often a precursor to Alzheimer’s. Some estimates state that 85% of MCI sufferers will eventually degrade to dementia.6

But Dr. Mavros says that weight training can clearly help seniors avoid mental deterioration. “The more we can get people doing resistance training like weightlifting, the more likely we are to have a healthier aging population,” he said.

Here’s something else you should know if you or someone you love is worried about Alzheimer’s… Studies on this natural herb are so promising, that Big Pharma is trying to turn it into a drug.