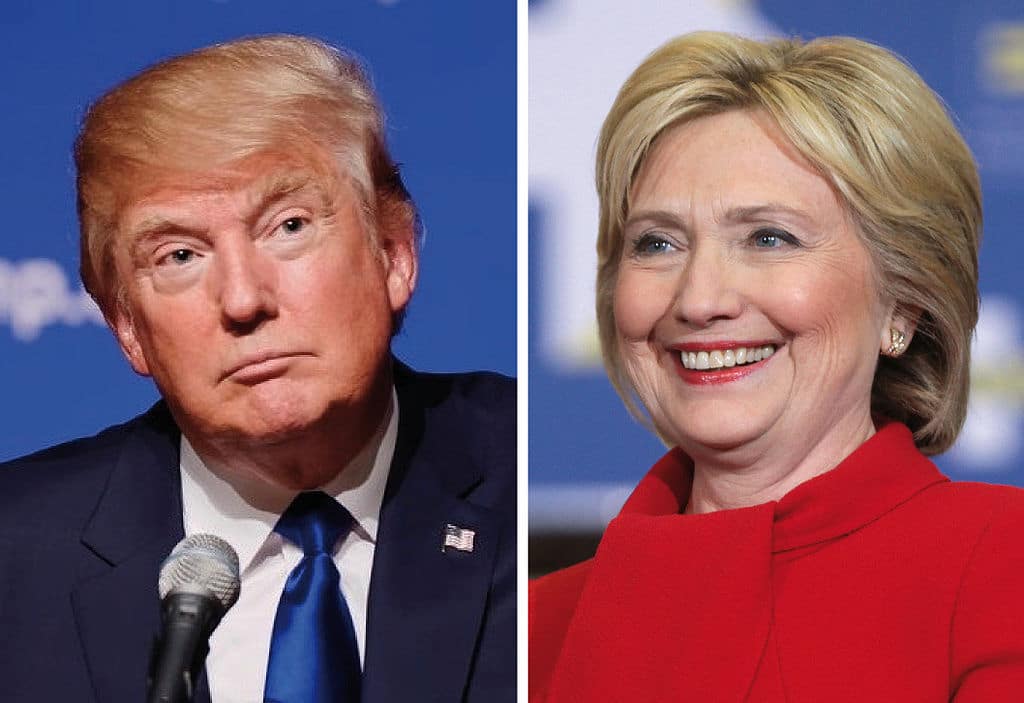 At age 70, Donald Trump would be the oldest newly elected president in U.S. history. And Hillary Clinton isn’t far behind. She will turn 69 just before the election.

Like most people their ages, they both have health issues. And the stress of being president will take a huge toll.

This raises an important question that has largely flown under the radar during the hotly contested campaign: Are Trump and Clinton fit enough to make it through one or two terms in the White House?

There is cause for concern with both candidates…

Trump’s favorite foods are among the worst possible things you can put in your mouth. He loves fast food. Give him a Big Mac, Quarter Pounder, bucket of KFC, or a Wendy’s burger…and he’s a happy man. Trump aboard his jet with a bucket of KFC

Trump likes fast food so much that he’s suggested doing away with state dinners to save time and money. “We should be eating a hamburger on a conference table… And forget the state dinners,” he said.2

Trump puts little thought into what he eats, according to one of his staff members: “It’s always just whatever he is craving, which is more often than not McDonald’s.”

It’s no wonder that his doctor has put him on a statin drug to lower his cholesterol. Trump also takes a daily low-dose aspirin to lower his heart risk.3

As we’ve told you, statins do little to lower your risk of heart disease.  And they come with a myriad of side effects, including increased risk of thyroid cancer and Parkinson’s disease.

Trump has other unhealthy habits. He says he gets only about four hours of sleep a night. And he doesn’t exercise. “Don’t have to,” he said. “When you’re making speeches for 25,000 people and shouting and screaming and having fun with everybody and making America great again, you get a lot of exercise.”4

Unlike Clinton, Trump has not released his medical records. So there’s a lot we don’t know. But we do know his medical history includes two problems, neither of which is a threat today.

He had his appendix out when he was 10. And he suffered bone spurs in both heels as a young man. Trump received a draft deferment for the foot condition during the Vietnam War. “Over a period of time, it healed up,” Trump said.5

On the plus side, Trump’s doctor says his blood pressure and PSA test readings are low. He does not smoke or drink. His doctor also said he lost about 15 pounds in 2015, although Trump has not revealed his current weight.

Clinton has suffered coughing fits throughout the campaign. As we told you earlier this year, they may be caused by Coumadin. She started taking this blood thinning drug after she fell and hit her head in 2012.

Besides coughing, Coumadin has other serious side effects. Chief among them is internal bleeding so severe that it can be deadly. That’s why it is used as rat poison. It makes rodents bleed to death.

The New England Journal of Medicine reports that the most common cause of emergency room visits by older people are the side effects of prescription blood thinners like Coumadin.

Clinton has a history of falling. Besides the 2012 tumble, she fell down and broke her right elbow in 2009.6 And she took a nasty spill in 2011 while boarding a plane.7

A photo of her being helped up stairs after she lost her balance in February recently went viral on websites.

Clinton being helped up stairs

Her medical records show she takes at least three other medicines in addition to Coumadin:

She does not smoke and drinks occasionally. Her doctor says she tries to stick to a healthy diet high in protein, vegetables, and fruit. For exercise, she favors yoga and swimming.8

Although neither is in perfect health, when it comes to longevity there’s good news for both candidates… The parents of both Trump and Clinton lived into their 80s and 90s.9