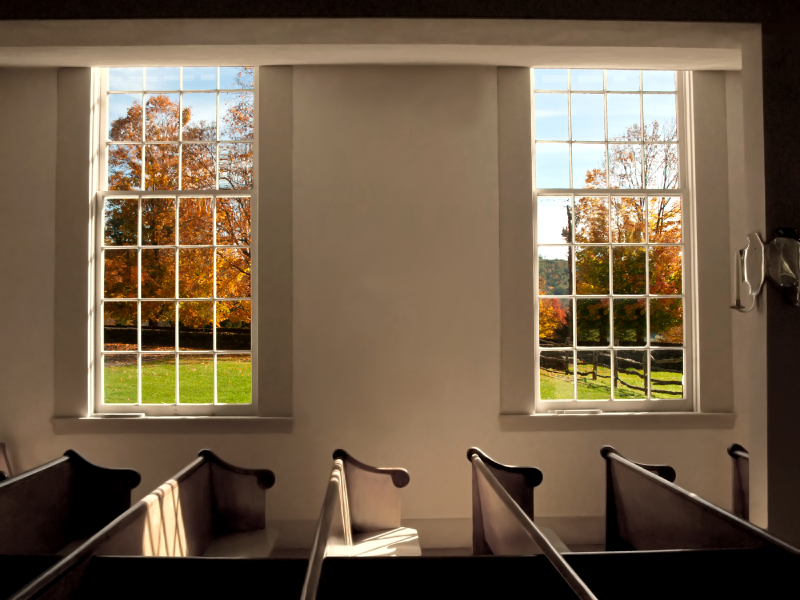 In a 20-year study, Harvard scientists found that women who went to religious services twice a week were one-third less likely to die compared to non-attendees.1

You might be thinking that people who go to church have better health because they are less likely to smoke, drink to excess, or partake in other unhealthy vices. But the researchers adjusted the data to account for this. They also adjusted for differences in diet, exercise, weight, mental health, and race. This allowed them to isolate church attendance as a variable.

Women who went to religious services more than once a week lived an average of five months longer than women who never went to services. The denomination of the church did not matter.

Professor Tyler VanderWeele is a professor epidemiology at the Harvard T.H. Chan School of Public Health. He led the study.

“Service attendance may be a powerful and underappreciated health resource,” VanderWeele said.

Even occasional church-goers have a mortality risk that is 13% lower than non-goers.

Researchers said the impact of church-going on men’s health does not seem as strong. However, the study did not specifically look at men.

The research was published in the May 16 issue of JAMA Internal Medicine.

Professor VanderWeele said scientists don’t know exactly why attending religious services improves health. But he believes it may due to social support and the sense of community congregants get from being part of a worship group.

The Harvard study confirms other research that has found beneficial health effects from faith:

Even if you’re not religious, you can get the health benefits associated with faith, says Dr. Richard Besser. He is chief health and medical editor at ABC News.

The key is make sure you have people near you who care about you, Dr. Besser says.5 He recommends that you:

After examining the research on religion and health, Dr. Besser said he came to this conclusion: “Clearly, you don’t need to be religious to practice the healthful principles laid out by many of world’s religions. Those should apply to everyone.”