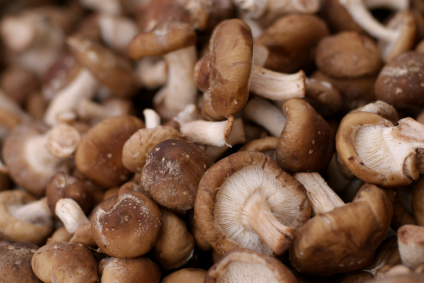 Recently, he helped uncover the cancer-fighting power of a giant Japanese mushroom.

Dr. Nanba administered the mushroom to cancer patients. The patients took no anticancer drugs. Yet the mushroom helped to halt the cancer’s progression.

Memorial Sloan-Kettering is one of the world’s premier cancer centers. Their experts are also recognizing the anticancer effects of this mushroom. They’ve completed trials that show it helps breast cancer patients.

Researchers found that this mushroom had antitumor effects. And that it can help enhance immune function and help treat cancer.

The mushroom that’s getting so much attention is called Maitake. In Japan, it can weigh 50 pounds or more. That’s why it’s known as the “king of mushrooms.”

By itself, Maitake has antitumor effects. But it also contains a highly-concentrated cancer-fighting compound known as D-Fraction.

According to a 2009 study published the Journal of Cancer Research and Clinical Oncology, Maitake D-Fraction activates cells that help fight cancer and other health dangers.  This includes T-helper cells, which direct your immune system to focus exactly where it’s needed most… Macrophages, which engulf and consume cellular debris while keeping cells healthy… And Natural Killer (NK) cells – your body’s “special ops forces” that target tumor cells and destroy them…

Maitake D-Fraction also suppresses production of other immune cells. That brings your immune system into perfect balance. It also primes your body to respond in exactly the right way to any threat to your health.

Easy Ways to Get Your Maitake Health Boost

You can find Maitake easily online or in health food stores. Look for formulas that combine Maitake powder and D-fraction.

Maitake D-fraction is available in both liquid and tablet form. Most doctors say a quality formula yields at least 15 mg of D-fraction… And 500 mg of Maitake powder.

You can also try the dried mushroom itself. Experts suggest that you take three to seven grams a day.

[Ed. Note: Recently, our researchers tracked down a simple blood test that discovers deadly cancer cells up to 19 months before conventional screening tests. And if you catch it early, you may be able to help beat cancer with natural supplements and immune boosters. You can get all the details about this highly accurate test by joining our monthly health advisory service right now. Learn more by watching this video now.]