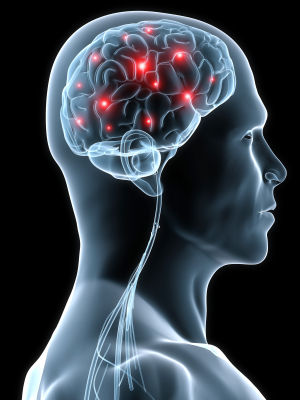 You forget your keys. You have trouble remembering why you walked into the room. You run into a friend at the grocery store… But you can’t quite place his name.

You may think that loss of mental agility is part of growing older. That a fuzzy memory and trouble concentrating are normal side effects of age.

And you may worry that there’s nothing you can do to prevent this mental decline from getting worse. That it may even lead to Alzheimer’s.

Fortunately, you don’t have to accept this part of aging as inevitable. Or irreversible.

That’s because emerging research shows that one natural treatment can actually help slow and even reverse cognitive decline.

This natural memory enhancer comes from a creeping herb. The herb grows in marshy areas of India and East Asia. Traditional Indian healers have used it for thousands of years.

Dr. Con Stough is a professor at the prestigious Brain Sciences Institute at the Swinburne University of Technology. He has done extensive research on the brain boosting power of Bacopa.

Dr. Stough has conducted clinical trials on many drugs and nutritional supplements. And he’s published over 100 papers in peer-reviewed journals. In 2001, he led a study on Bacopa’s impact on brain function. 1

The study took place at the Neuropsychology Laboratory at the School of Biophysical Science and Electrical Engineering in Victoria, Australia. The results were published in the journal Psychopharmacology.

The research team followed 46 healthy people for 12 weeks. Half of the participants took a placebo. Half took 300 mg of a Bacopa extract daily. All 46 took cognitive tests at the beginning of the study. They were tested again at the end.

The study was led by Steven Roodenrys, PhD. Dr. Roodenrys is an Associate Professor at the University of Wollongong School of Psychology. His team studied 76 adults.  All the participants were 40 to 65 years old.

The study took place over three months. Half of the participants took a placebo. Half took 300 to 450 mg of Bacopa daily. The researchers found that Bacopa had a significant effect on the retention of new information.

Dr. Stough did another study on Bacopa in 2008. 3 The results were published in Phytotherapy Research.

These studies all show that Bacopa has big benefits for your brain.

Boost Your Memory in Just Days

You can help maintain brain function as you age with a Bacopa supplement. It comes in capsule form. You can find it at your nearest health food store or online.

Dr. Stough notes that further studies are needed to determine the best dosage. But you can safely take 100 mg to 300 mg daily. You will likely see a boost in mental function after just a few days.