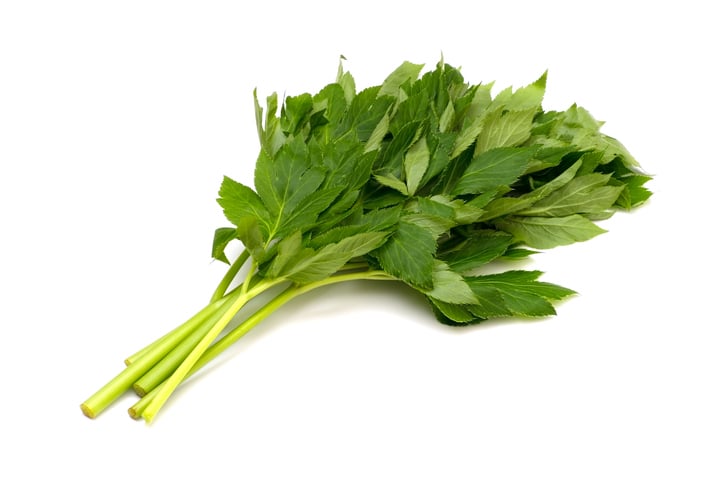 Japan has the longest life expectancy of any other country. People there live to an average age of 84.3.

This is six years longer than people in the U.S. can expect to live.[1]

No one knows exactly why the Japanese people enjoy such long lives. But since ancient times, people in Japan have believed that a plant called ashitaba is important in supporting their health and well-being.

The idea is that if you take the herb, you’ll have many tomorrows.

Now, researchers have discovered there’s truth to that. They’ve found that a compound in ashitaba boosts cellular health and prolongs youth.

This Japanese Plant May Hold the Key to Staying Young

Our bodies go through a beneficial process called autophagy. Damaged cells are dismantled and cleared away to make room for healthy replacements.

If this process isn’t carried out properly, cellular debris accumulates. This puts stress on healthy cells. It causes premature aging. And it can trigger serious illnesses, including cancer.

Exercise is known to increase autophagy. As does intermittent fasting. Scientists at Austria’s University of Graz tested the effects of flavonoids on autophagy.[3]

Flavonoids are plant compounds. The research team analyzed the cellular effects of 180 different flavonoids. They were looking for the one that worked best at increasing autophagy and countering cellular aging.

The compound that caught their attention was 4,4’-dimethoxychalcone (DMC).

It turns out that Ashitaba is loaded with it.

Dr. Frank Madeo was one of the study authors. “It is always nice to find a scientific rationale for traditional medical folk tales,” he said.[4]

He and his research team first tested DMC on yeast cells. They found the substance indeed protected the cells from age-related damage. And it did so more efficiently than other compounds known to be similarly beneficial, such as the much-lauded resveratrol.

Next up were fruit fly and worm cells. The results were the same. Regular treatment with DMC prolonged the creatures’ lives by 20%.

Harness the Life-Lengthening Powers of Ashitaba

Ashitaba has long been prominent in traditional Japanese medicine. It is related to carrots. But it’s not easy to get outside of Japan. However, supplements are available online and in health food stores.

Ashitaba and supplements derived from it have no serious side effects. Rarely, mild stomach upset has been reported.

If you want “many tomorrows,” consider adding ashitaba to your supplement regimen.

“Longevity Gene” Turns Science’s Understanding of Aging on Its Head