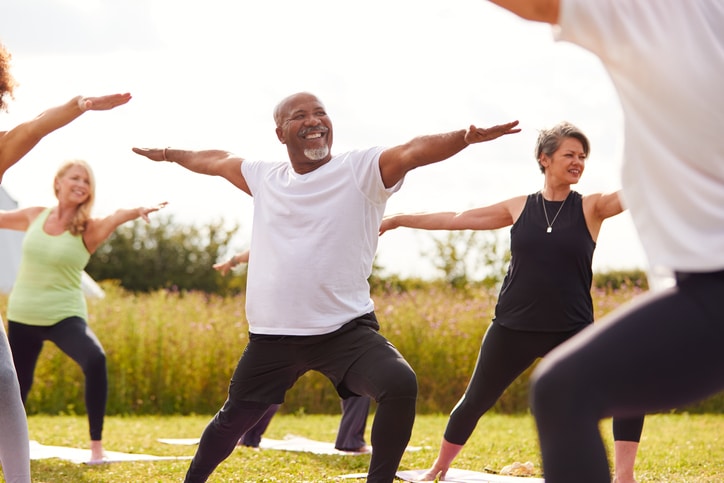 If you walk into your doctor’s office with high blood pressure, chances are you’ll walk out with a prescription for a hypertension drug.

But s major study shows that it might make more sense to try exercise before starting a medication. The research shows that exercise can lower high blood pressure just as much as medications…and without the side effects that drugs often cause.

The study is believed to be the first of its kind. It was published online by the British Journal of Sports Medicine.

It was already known that exercise can lower blood pressure. Researchers wanted to see how the effectiveness of exercise compared with blood pressure-lowering medications.

They obtained data from 194 clinical trials that looked at the effectiveness of hypertension drugs. They also collected data from 197 trials centered on the impact of exercise. There were a total of 39,742 subjects in all the trials.[1]

Two categories of exercise were involved…Endurance, which included walking, running, jogging, swimming, and cycling…and strength training, including working out with dumbbells and planking.

The researchers did three types of analysis. They compared:

The researchers found that exercise lowers systolic (the upper number) readings by an average of 9 points. This is about the same as a single blood pressure medication.

Twice as Much as Drugs

An earlier study showed that one kind of exercise is particularly effective at reducing hypertension. It was presented at the European Society of Cardiology conference in Munich.[2]

It found that doing yoga caused blood pressure to go down by an average 9.7%.

Two widely used medications, ACE inhibitors and angiotensin receptor blockers (ARBs), bring down blood pressure by an average of 8/5, according to a separate study.[3]

In other words, just 15 minutes of yoga a day reduces blood pressure nearly twice as much as standard drugs.

Professor Ashok Pandey was the lead researcher. The yoga pose used in the study is simple and doesn’t “require a lot of flexibility and really anyone can do it,” he said.[4]

Do This Yoga Pose to Lower Blood Pressure

The Downward-Facing Dog was the pose used in the study described above. Here’s how to do it:

Blood Pressure: How Low Is Too Low?