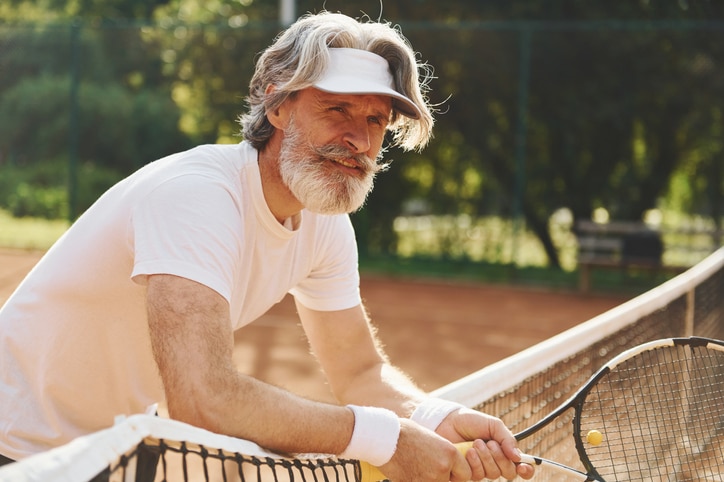 We all know that exercise improves our health and helps us live longer.

But which sport adds the most years to your life?

You might think it is swimming, running, or cycling, since they improve cardiovascular fitness and help fight the number one killer, heart disease.

But a new study shows they aren’t even close to the best sport for longevity.

You may be surprised by the answer.

Play This Sport to Live Longer

Denmark’s Copenhagen City Heart Study looked at a variety of sports and their impact on lifespan. They found that sports that involve interacting with other people add more years to your life than solitary activities like running.

Tennis topped the list as the best sport for longevity.

The researchers found that people who regularly play sports with others live longer than those who are not active. That wasn’t surprising. It’s well established that being physically active is more healthful than being sedentary. Multiple studies have linked regular exercise with longer life.

More unexpected was the finding that players of team sports or ones that require partners live longer than people who swim, jog, and cycle. These are activities that tend to be more solitary.

The research confirms a famous 2017 British study, which looked at 80,000 subjects. It found that people who play racket sports outlive those who jog.

The Danish researchers were intrigued by those results. They wanted to investigate further by considering a wider variety of sports. So they drew relevant data from the long-running, ongoing Copenhagen City Heart Study (CCHS). The CCHS tracks the health and lives of thousands of people.

CCHS participants are given regular physical exams. They also fill out detailed questionnaires about their lifestyles and their sports participation.

The study focused on 8,600 subjects, following them for 25 years. The researchers checked to see which of these participants had died, and if so, when. They then compared subjects’ lifespans with their sports activity.

Tennis: The #1 Sport for Longevity

Of course, people who were inactive were more likely to have died younger than active folks. But specific sports were found to have widely varying impacts on lifespan.

Why is tennis three times better for longevity than running?

Dr. James O’Keefe was a co-author of the study. He is director of preventive cardiology at the Mid America Heart Institute at Saint Luke’s Health Center in Kansas City, Missouri. He suspects the social component of team sports and racket games helps people live longer.

“We know from other research that social support provides stress mitigation,” said Dr. O’Keefe. Interacting with other people “has unique psychological and physiological effects” that boost exercise benefits.

Solitary exercise is good, but sports involving other people are better.

If jogging or another kind of solitary exercise is your thing, try to find a friend or two to join you.

“Longevity Gene” Turns Science’s Understanding of Aging on Its Head