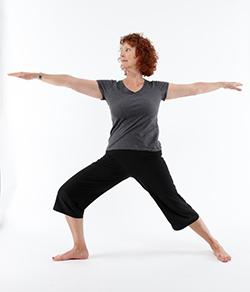 Chronic inflammation is the root cause of many serious illnesses, including cancer, heart disease, diabetes, and even Alzheimer’s.

They say inflammation may cause all disease. They call it the “unifying theory” of disease.i

But inflammation can also be lifesaving. It is the body’s natural response to injury and illnesses. The process involves white blood cells and other immune substances attacking viruses and bacteria that invade your body.

Without inflammation, you would become susceptible to infections and injuries wouldn’t heal.

Protect Your Body from Chronic Inflammation With

Chronic inflammation is where things can go wrong. That’s when an autoimmune disorder like arthritis or exposure to a toxin switch on the inflammatory response…and fail to turn it off. Things like obesity, smoking, and exposure to pollution can trigger it.

But a major study shows that one ancient form of exercise fights dangerous levels of chronic inflammation.

The research was conducted by the University of Hong Kong. The study looked at the effects of yoga on 97 people with metabolic syndrome. This is a condition characterized by abdominal fat and high blood sugar, cholesterol, and blood pressure.ii

Scientists randomly placed the subjects in either a yoga group or a control group.

Participants in the yoga group attended three one-hour yoga classes a week. The control group did no extra exercise.

Researchers took detailed health measurements of subjects in both groups.

Yoga Puts Out of the Fire of Inflammation

After a year, inflammation markers in people who did yoga were significantly lower. They had reduced levels of pro-inflammatory adipokines. These are signaling proteins that regulate inflammation. In excess amounts, they cause chronic inflammation.

The control group’s inflammatory markers did not change.

Researchers don’t know exactly how yoga reduces inflammation. But they speculate it may have to do with stress reduction. Yoga is one of the world’s oldest ways to manage stress. And stress increases inflammation.

Julie Montagu is a top yoga teacher in England. One of her favorite yoga poses to reduce stress and inflammation is called the warrior pose.iii

Begin this pose with your feet about four feet apart. Raise your arms parallel to the floor, with your palms facing down. Extend both arms out to either side so that your shoulder blades open.

Turn your right foot out 45 degrees and keep your left foot parallel to the back of your mat or space.

Slightly bend your right knee. Feel your tailbone push down slightly as you keep your gaze focused on your fingers to your right.

Hold this pose for 1 minute, slowly inhaling and exhaling deeply as you do so. Repeat on the other side.iv

“Research has shown that those who practice yoga regularly have higher levels of leptin and adiponectin,” Montagu said. “Both of these natural chemicals work to alleviate inflammation.”

Chronic inflammation may be the root of all disease. And the solution may be as simple as practicing this stress-reducing movement.

This Oil Stops 90% of Brain Inflammation

Yoga is Better Than Cardio for Lowering Blood Pressure

How to Dramatically Reduce Inflammation: A Primary Cause of Disease and Aging