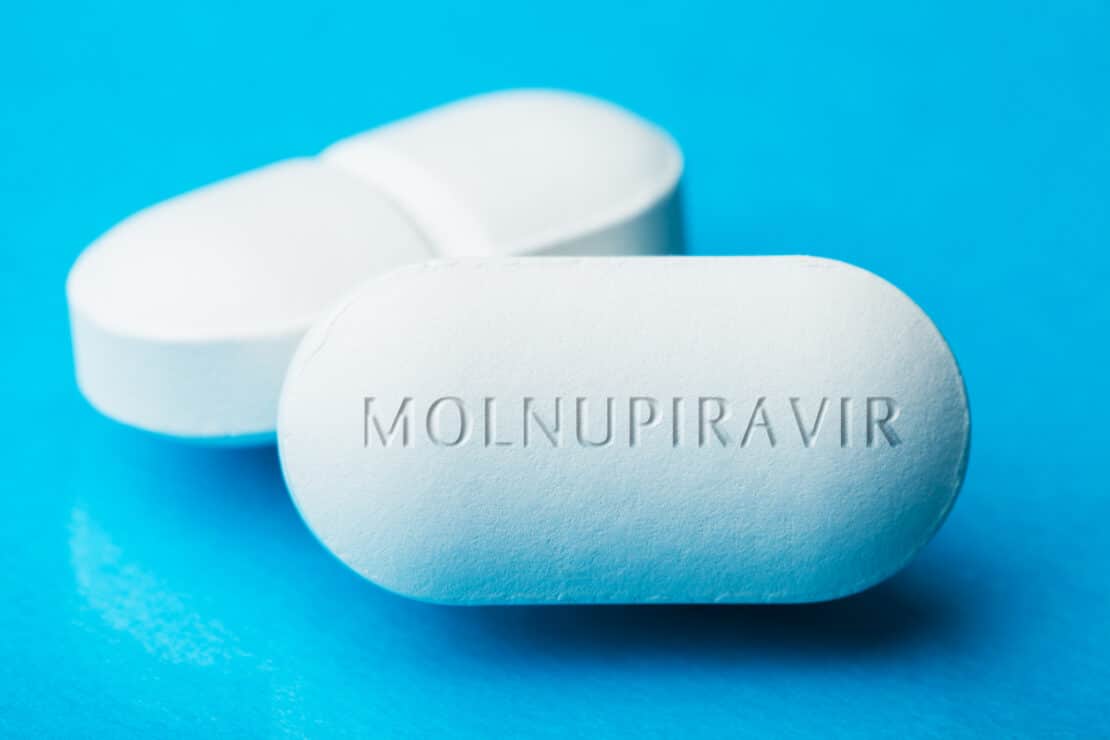 News that Merck’s antiviral drug molnupiravir had successfully treated coronavirus patients in clinical trials set off celebrations around the world.

Headlines trumpeted claims that we might finally have a truly effective pill that prevents severe COVID in people who get infected. Shares of Merck stock jumped. One German doctor called molnupiravir “a game changer.”i

A trial involving about 700 people with mild to moderate cases of COVID-19 showed that the medication cut in half the risk of hospitalization. That makes it more effective than current treatments. And unlike many of those, it doesn’t require intravenous infusions. Molnupiravir is a pill that can be taken at home.ii

If the drug works as promised, people could take it after testing positive for COVID and there would be little chance that they would get seriously ill. In the trial, not a single COVID patient who took molnupiravir died.

But lost amid the hoopla over the trial results was a sobering fact: Some immunologists have serious concerns about molnupiravir’s safety.

Worries About Birth Defects and Cancer

Researchers are worried that the drug could be “mutagenic.” That means that it could cause cell mutations that lead to cancer and/or birth defects.iii

Molnupiravir works by incorporating itself into the genetic material of the coronavirus. This causes a huge number of mutations as the virus replicates, effectively killing it.

But some scientists warn that the drug may also integrate with human cells, causing mutations.

Merck was concerned enough about this issue that it required men in its clinical trial to refrain from donating sperm and to use birth control. Women of childbearing age were required to take a pregnancy test before taking the drug and use contraception while on it.

Immunologist Rick Bright of the U.S. Biomedical Advanced Research and Development Authority opposed granting funding to develop the drug because of worries about the medication’s possible mutagenic effects.

“Similar experimental drugs in this class had been shown to cause reproductive toxicity in animals. Offspring from treated animals had been born without teeth and without parts of their skulls,” he said.iv

The medical journal Clinical Trials Arena noted that “There are persistent side-effect concerns with mutagenic molnupiravir.”v

Professor Raymond Schinazi of Emory University warns that the small differences between the Pharmasset drug and molnupiravir are unlikely to change its mutagenicity. He believes the medication is too risky.

Merck claims there were no signs of cell mutations during its trials. It also noted that molnupiravir will be used on a short-term basis, which the company says would likely limit side effects. Molnupiravir is a 40-capsule treatment. Patients would take four capsules twice a day for five days.vii

But a study in the August 2021 issue of the Journal of Infectious Diseases concluded that taking the drug even for a short time could still cause cell mutations. “It seems unlikely that a short course of therapy would spare the host from this exposure,” the study warned.viii

Dr. Shuntai Zhou is one of the authors of that study. He said he is certain that molnupiravir will integrate itself into the DNA of patients.

“Biochemistry won’t lie,” Dr. Zhou said. “This drug will be incorporated in the DNA. There is concern that this will cause long-term mutation effects, even cancer.”ix

Professor Schinazi notes that there is no long-term human research showing whether molnupiravir is safe. Birth defects or cancer might not show up for months or even years after the drug is taken.

But their results were not nearly as impressive as Merck’s. They found that the drug worked well in the mildest cases, but the pill did not show “significant efficacy” against moderate COVID.

The drug’s effectiveness was so lackluster that the Indian companies decided to end the trials early and discontinue their efforts to bring molnupiravir to market.x

Merck said the difference in results was because the Indian companies defined “moderate” disease differently. In India, subjects with more severe cases were allowed into the trials.

There’s no doubt that the world desperately needs a safe and effective COVID pill. The question is whether molnupiravir is it.

Merck has already started making the pills. That’s a good indication that it believes the FDA will approve the drug.xi

Professor Schinazi has this advice: “Proceed with caution and at your own peril.”xii