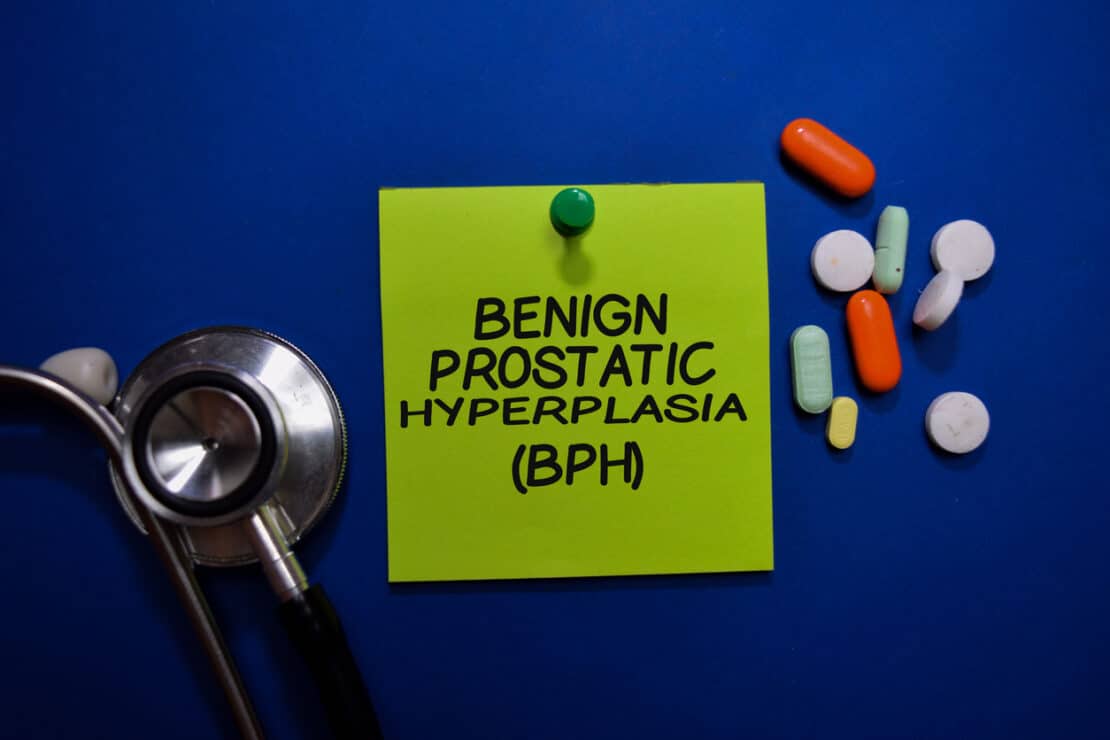 By the time men reach their 50s, half have an enlarged prostate.

This condition is called benign prostatic hyperplasia or BPH. It can make a man miserable.

Men with the condition often have a hard time emptying their bladder completely. They may have to urinate so often that it interferes with their sleep. This can lead to fatigue and other health problems.

The standard treatments for BPH are drugs called alpha blockers or surgery. Both are risky.

Alpha blockers can cause side effects like dizziness and weight gain. Some research indicates they may even increase the risk of heart failure.i

Surgery can lead to serious lifestyle problems like impotence or incontinence.ii

But there’s another lesser-known option that many doctors may not even be aware of.

The treatment is called Rezum. It’s also known as aquablation. It has fewer side effects than prostate medications and it’s less invasive than surgery.iii

It is a procedure usually done on an outpatient basis with local anesthesia.

A narrow probe is inserted into the urethra. A tiny water droplet is heated into a puff of steam and injected into the prostate. The steam destroys some of the excess tissue that is squeezing the urethra, causing frequent urination. The procedure takes about six minutes.iv

The dead tissue is harmlessly absorbed into the body.

Rezum has few, if any, side effects. Patients have a catheter for several days following the procedure. They have to abstain from sex for about a month.

James Rees of San Antonio, Texas, said that BPH forced him to make many bathroom trips each night. “I got very little sleep,” he said. “It affected my life in many ways. I couldn’t do things because I was so tired.”v

His doctor explained his options and James decided to undergo Rezum. “I liked the less invasive procedure and not having to take a drug every day,” he said.

Afterward, “I felt it was great. I could finally sleep. The difference was like ‘Wow.’”

British urologist Richard Hindley has performed the treatment on many of his patients. He is happy with the results.

“It can be performed quickly, with each procedure taking less than 20 minutes,” he said.

It was approved for use in the U.S. by the FDA since 2015, but many doctors and their patients still don’t know about it. It is typically covered by insurance.vi vii

A new study presented at the 2021 American Urological Association annual meeting confirmed that Rezum works and is safe. It looked at 86 men who had the procedure. Every single one of them felt better afterward.viii

“They all showed significant improvements,” according to Dr. Dean Elterman, who led the study. “It was very safe and also very effective.”

Before undergoing treatment for an enlarged prostate, it’s worth trying natural solutions. They are effective for many men:

Green Tea: It contains EGCG. This polyphenol is unique to green tea. It prevents inflammation that leads to an enlarged prostate. It also kills prostate cancer cells.

Matcha green tea has the highest concentration of EGCG. It has 137 times more than regular green tea.

Lycopene: An antioxidant-rich carotenoid from yellow and red plants. Research shows it lowers prostate-specific antigen (PSA) scores in men with an enlarged prostate. PSA is a marker for prostate cancer and enlarged prostate.

You need 15 mg of lycopene a day to get the most protection. One medium tomato contains about 4 mg, so you may want to take a quality supplement.

Stinging nettle: In addition to taming allergies, stinging nettle is widely used to treat prostate disorders. The herb has been shown to alleviate decreased urinary flow and post-urination dripping.

Stinging nettle is available in a tea preparation. But it’s most effective when taken as a supplement made from the roots of the plant. Look for one with .8% beta-sitosterol. It’s a plant sterol responsible for stinging nettle’s prostate-supportive effects.

Avocados: They’re rich in beta-sitosterol. Avocados are also great sources of healthy, inflammation-fighting monounsaturated fats. That makes them doubly effective—they fight the causes and the symptoms of an enlarged prostate.

If you have an enlarged prostate, you don’t have to suffer. Try natural remedies first. If they don’t work, ask your doctor about Rezum.

Enlarged Prostate? Don’t Let Your Doctor Do This…