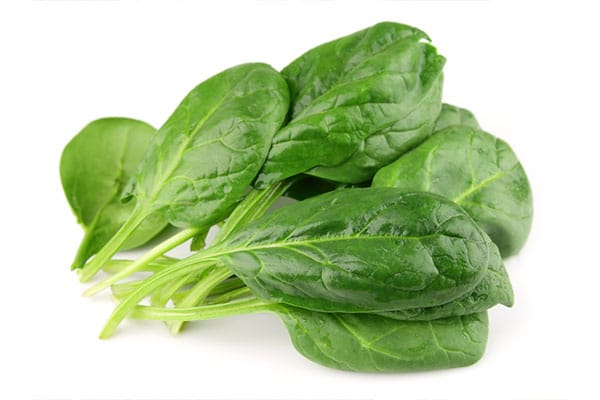 Maybe Popeye was onto something…

A spinach extract is so powerful in building muscles that it has been banned in athletic competitions. Russian athletes have reportedly been secretly taking it for decades.i

But unlike other banned substances, ecdysterone isn’t a drug. It’s a natural, plant-based phytosteroid. It’s similar in chemical structure to testosterone.iii

The Russian Secret for Gaining Muscle

A double-blind study looked at the effects of ecdysterone. It was published in the journal Archives of Toxicology. Researchers divided athletes into two groups. One took daily ecdysterone (pronounced eck-DISS-ter-own) supplements derived from spinach. The other got a placebo. None of the subjects knew which they were taking.iv

After 10 weeks, the ecdysterone group had a significantly higher increase in muscle strength.

“We saw drastic increases in maximum performance in bench press in the group that took ecdysterone,” said Professor Maria Parr. She is a researcher at Freie University in Berlin and a co-author of the study.v

Professor Parr noted that ecdysterone has long been called “the Russian secret” for muscle enhancement. Lab and animal studies have found it to surpass even anabolic-androgenic steroids in aiding muscle growth. Those compounds have long been prohibited in professional sports.

To get a therapeutic dose of ecdysterone you’d have to eat at least nine pounds of spinach a day. That’s why a supplement is the most practical way to get it.vi

There isn’t much research gauging the long-term safety of ecdysterone, although weightlifters have been using it for years. A 2006 study found no side effects or medical problems among users.vii

A Russian study published in 2020 found not only that it is safe, but that it may suppress cancer.viii

Still, as when taking anything new, it’s wise to be cautious: Be sure to follow the directions on the label. Don’t take bigger doses than instructed. And consult your physician before taking it.ix

Editor’s Note: Muscle mass—more than any other factor—may determine how long you’ll live. Discover how to get a stronger body even as you get older. Get all the details in our monthly journal Independent Healing by clicking HERE.

The #1 Exercise for Seniors

9 Exercise Myths…and What Science Says About Staying in Shape