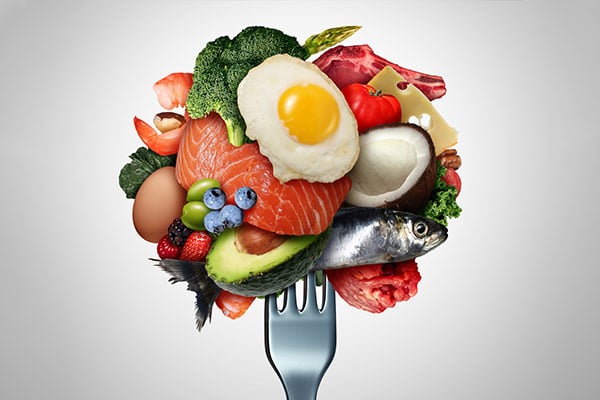 Studies show that they help people lose weight better than traditional low-fat diets. And low-carb dieters are better able to keep off the weight over the long-term.

Now, researchers have found that low-carb eating has another benefit you might not expect. It helps keep your mind sharp as you get older.

Researchers from Johns Hopkins University enrolled 27 subjects with mild cognitive problems. The participants were seniors who did not have dementia—at least not yet—but they were forgetful. Tests showed that their memory was impaired.

The subjects followed one of two diets for 12 weeks. One group went on a modified low-carb Atkins diet. Their goal was to eat less than 20 grams of carbohydrates a day.ii

The other group didn’t restrict carbs. They averaged more than 100 grams a day.

The participants had partners (usually spouses) who helped them stay on their diets.

At the study’s start, the subjects took three mental-assessment tests and memory tests. They were tested again after 12 weeks.

The low-carb group had a 15% improvement on their memory scores by the end of the study. The other group’s scores got worse.

Dr. Jason Brandt was an author of the study. He said that a low-carb diet might have even bigger beneficial brain effects if it is combined with daily ketone supplements.iii

In the early stages of Alzheimer’s, the brain has trouble using glucose for energy. And a diet high in carbs yields a lot of glucose. But ketones, which come from the breakdown of dietary fat, can be used to fuel the brain instead. That can also benefit people with mild cognitive impairment.

Boost Your Memory by Cutting Carbs

The most important rule of low-carb eating?

You can also take ketone supplements as suggested by Dr. Brandt. They are available from online retailers and health food stores. They usually come in powdered form for mixing with beverages. Most manufacturers recommend three daily doses.

Low-carb eating is good for your body, but it might have even greater benefits for your brain.