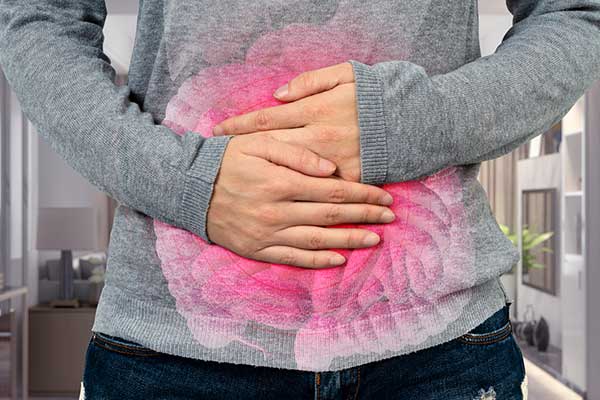 Inflammatory bowel disease (IBD) is not only miserable, it’s frustrating.

More than 1.6 million Americans suffer from the condition. Crohn’s disease and ulcerative colitis are the two principal types of IBD.i

The stomach cramps, pain, diarrhea, vomiting, and other symptoms of IBD can severely limit your quality of life.ii

It’s hard to get relief.

Mainstream doctors don’t have any good answers for IBD. They consider it incurable.

Their first-line treatments are steroid and immunosuppressant drugs. But they often don’t work. And their side effects can be worse than the disease itself…infections, osteoporosis, diabetes, high blood pressure, and more.iii iv

But scientists have discovered a promising natural solution. It’s still in the preliminary stages of testing. But unlike drugs, it actually seems to treat

the root cause of IBD, not just the symptoms.

Is This the Cure for IBD?

The research was carried out at the Weizmann Institute of Science in Israel. Scientists there found a way to trigger a natural defense mechanism that prompts the body to lessen intestinal inflammation.v

They focused their study on nitric oxide (NO). It’s a natural compound produced in the body.

Previously, this chemical was previously known to lessen inflammation in the cells that line the gut. But it actually caused greater inflammation in immune cells. So raising NO often did more harm than good in people in with IBD.

Researchers theorized that if they could increase NO in gut cells while blocking it from immune cells, then they could stop the inflammation that causes IBD.

The scientists tested a combination of two natural substances known to work in tandem to increase NO levels in the cells of the gut lining without affecting the immune system.vi

One is fisetin. This plant polyphenol is found in apples, persimmons, strawberries, and other fruits and vegetables.

The other is citrulline. It’s an amino acid found in watermelon, beets, spinach, and other plants.

They tested the two substances in mice bred to have IBD. They found the combination promoted the manufacture of NO exclusively in gut-lining cells and not in immune cells. Even more telling, the mice’s symptoms of inflammatory bowel disease decreased “significantly,” researchers said.vii

Researchers are now planning human trials. They say they expect the combination will have similarly positive results in people.

Citrulline has been available in health food stores for decades. It is often used to improve heart health. Fisetin is a newer supplement. It has been available for about the last eight years. People typically take it to promote healthy brain aging.viii ix

There is no guarantee that taking these two supplements will work in humans as well as they did in mice. But, there is little risk in trying them.

Both are natural substances. Fisetin has no known side effects. Citrulline is also safe with one note of caution… It should not be mixed with prescription nitrates or ED medications because it could cause an unsafe drop in blood pressure. Be sure to consult your doctor before taking either supplement.

One thing is for sure…

They are safer than the prescription drugs used for IBD.