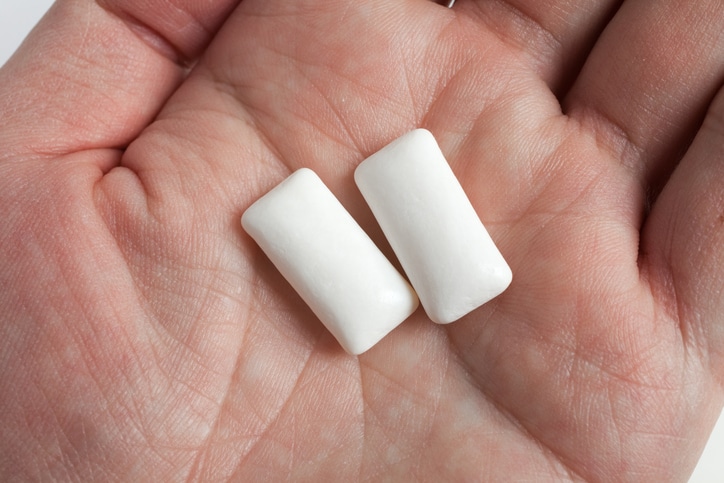 Researchers at Binghamton University, State University of New York, examined the effects of titanium dioxide on the stomach. Scientists dosed cultures of intestinal cells with the equivalent of one meal’s worth of the chemical. To mimic human consumption, they did this three times over five days.

They found that exposure from one meal did not affect the cells. But three meals’ worth diminished the ability of cells to absorb nutrients. The intestinal barrier was weakened, metabolism slowed, and crucial nutrients—such as iron, zinc, and omega-3 fatty acids—became difficult to absorb.

Recommended for You: WARNING! If you take a probiotic (or think you might want to)…

If you’re like most health-conscious people, you take a probiotic. Especially if you seem to get gas, bloating, cramps, constipation, irregularity—or a combo—at the worst possible times. And then you may have given up because, well, you couldn’t even feel a difference!

That’s probably because the probiotic formula you took didn’t contain what Shape Magazine called, “the missing link.” Without it, you’re just throwing your money and effort away. And it only gets worse from there. Go here to see exactly what your supplement has been missing.

Gretchen Mahler is an assistant professor of biomedical engineering at Binghamton University. She is one of the study authors.

The chemical damages cell structures called microvilli. These are tiny projections that absorb nutrients while providing a barrier against germs.

Researchers took before and after photos of microvilli. You can see they are more sparse after being exposed to three meals’ worth of titanium dioxide.4

But this stuff could be even worse for your health than this study suggests. In January, the French government ordered a review of titanium dioxide in foods after a study linked it to colorectal cancer.5

The consumer group As You Sow cited research showing that titanium dioxide can cause DNA damage that could accelerate cancer growth.6

Protect Yourself from Titanium Dioxide

It’s in so many products that it’s almost impossible to avoid completely. But Professor Mahler says you can reduce your exposure. “You should avoid processed foods, and especially candy,” she says. “That is where you see a lot of nanoparticles (of titanium dioxide).”7

But it’s not just food. Titanium dioxide powder is also used in some cosmetics. The International Agency for Research on Cancer has designated titanium dioxide in inhalable forms as a carcinogen. Avoid cosmetics such as blush that could be inhaled.8

One other thing… You may know that titanium dioxide is used in some mineral-based sunscreens. These products are actually safer and more effective than chemical sunscreens…with one caveat.

Look for brands that don’t contain “nanoparticles” of titanium dioxide or other minerals. These small particles can be absorbed through your skin and potentially cause health problems. Check the label. It will usually tell you if a product contains nanoparticles.

And you can go here to find out more about safe sunscreens.