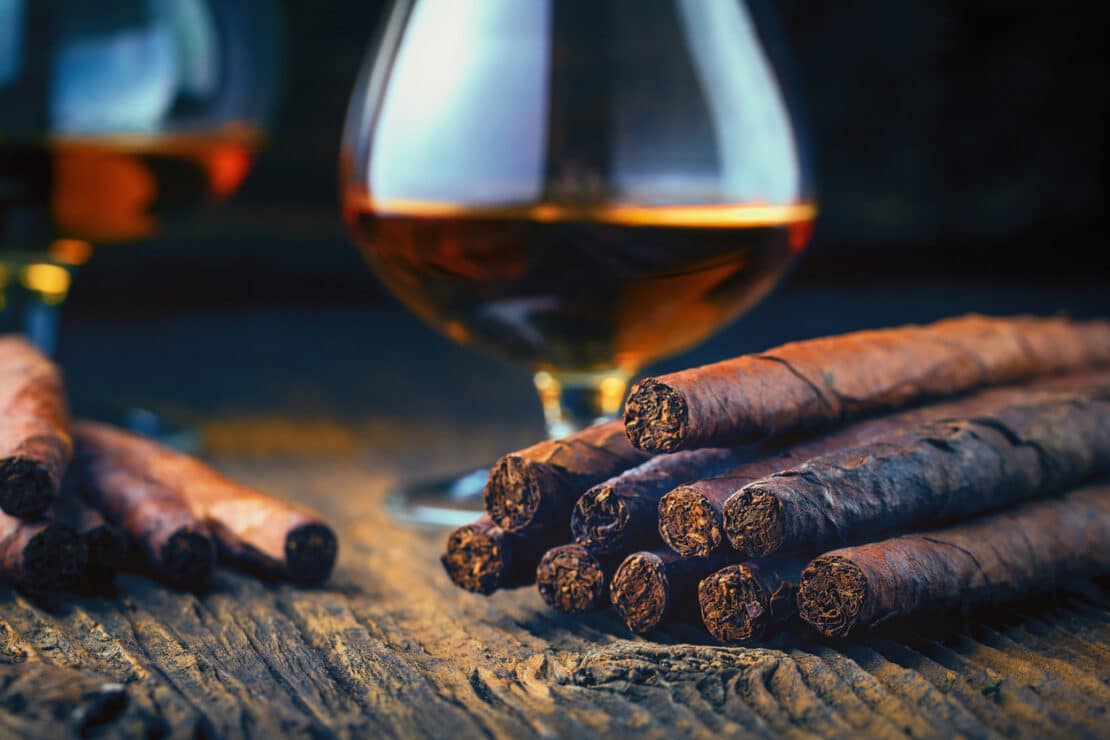 The media world was rocked by Rush Limbaugh’s death on Wednesday at age 70.

His wife Kathryn announced that he died from complications of lung cancer.

Before he died, the famed radio personality told listeners that he began suffering from shortness of breath about a year ago. He went to a doctor, and his grim cancer diagnosis followed just days later.

He underwent at least three rounds of chemotherapy before he died, telling listeners the treatments were “kicking my a–.”[i]

Limbaugh was among the more than 200,000 Americans who are diagnosed with lung cancer every year. Over 150,000 die from it annually.

Lung cancer is one of the toughest cancers to beat. As with Limbaugh, it usually isn’t diagnosed until it’s advanced—stage 3 or 4. Late stage patients have a survival rate of only about 4%.[ii]

Limbaugh started smoking cigarettes at age 16. But he quit when he was in his 30s, some 40 years earlier. According to research published in the New England Journal of Medicine, his cancer risk should have been almost as low as someone who never smoked cigarettes. So why did he get cancer?[iv] [v] [vi]

The Deadly Mistake Some Smokers Make

When Limbaugh quit smoking cigarettes, he switched to cigars. He was often photographed with one. 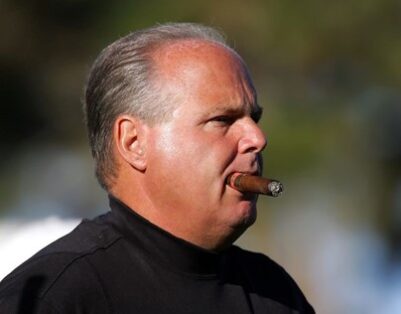 Some cigarette smokers switch to cigars because they figure cigars are safer. This is a tragic mistake.

It’s true that there is no warning label on cigars like there are on packs of cigarettes. And cigar smokers often don’t inhale like cigarette smokers do.

“Despite what you may have heard, cigar smoking isn’t safer than cigarette smoking,” said Dr. J. Taylor Hays of the Mayo Clinic.[vii]

In fact, cigar smoking is especially dangerous for ex-cigarette users like Limbaugh, Dr. Hays said. That’s because cigarette smokers habitually inhale. They often continue to do so even after switching to cigars.

The best way to prevent lung cancer is to stop smoking entirely. Of course, this is easier said than done. Nicotine is so powerfully addictive that many people find they simply can’t quit.

When they ask their doctor for help, they may end up with a prescription for a smoking cessation drug.

There are two that are approved by the FDA. They are Chantix and Zyban.

Chantix (varenicline tartrate) is the more popular of the two. It acts on sites in the brain affected by nicotine. The drug reduces the rewarding effects of nicotine. This should make it easier to quit by making smoking less satisfying.

Zyban (buproprion hydrochloride) is an antidepressant. It contains the same active ingredient as Wellbutrin. Although the FDA approved it for smoking cessation, its maker GlaxoSmithKline has never explained the mechanism behind how it is supposed to help people quit.[viii]

Drug company claims that these drugs are effective are not flat out lies…but they are misleading. It’s not as simple as just popping a pill.

A major study by researchers at the University of Californian, San Diego School of Medicine found that smoking cessation medications—when used on their own without other anti-smoking aids—don’t improve your chances of successfully quitting.[ix]

People using the medications often do successfully quit…if they also undergo behavioral counseling. But researchers point out that less than 2% of the people who take smoking-cessation drugs also get counseling.

“This is a recipe for relapse to smoking,” the researchers concluded.[x]

Not only do the drugs not help unless they are used in combination with counseling, but they can cause serious side effects.

Dr. John P. Pierce is a professor emeritus in the Department of Family Medicine and Public Health at UC San Diego School of Medicine. He said behavioral therapy works better than all other quit smoking strategies.

Behavioral therapy is a way to “unlearn” habitual behaviors such as smoking. It involves discussions of thoughts and feelings when the patient practices the behavior. These discussions can be with professional counselors or even friends or spouses.

A study by University of Oxford researchers found that behavioral counselling increases the chances of quitting by between 40% and 60%.[xiii]

The study looked at several forms of counseling. They included individual in-person sessions, telephone counseling, group sessions, and written advice. All were found to be effective, although individual counseling worked best.

There are two easy ways to access behavioral counseling:[xiv]

1-800-QUIT-NOW (1-800-784-8669). Calling this toll-free number will connect you directly to your state’s quit line. All states have trained coaches who provide phone counseling.

It’s too late for Rush Limbaugh. But if you smoke, don’t trade one problem for another. Don’t switch from cigarettes to another form of smoking.

And try using behavioral counseling to quit. It gives you your best chance of kicking the habit for good.

The ‘Yogurt Solution’ to Breast Cancer