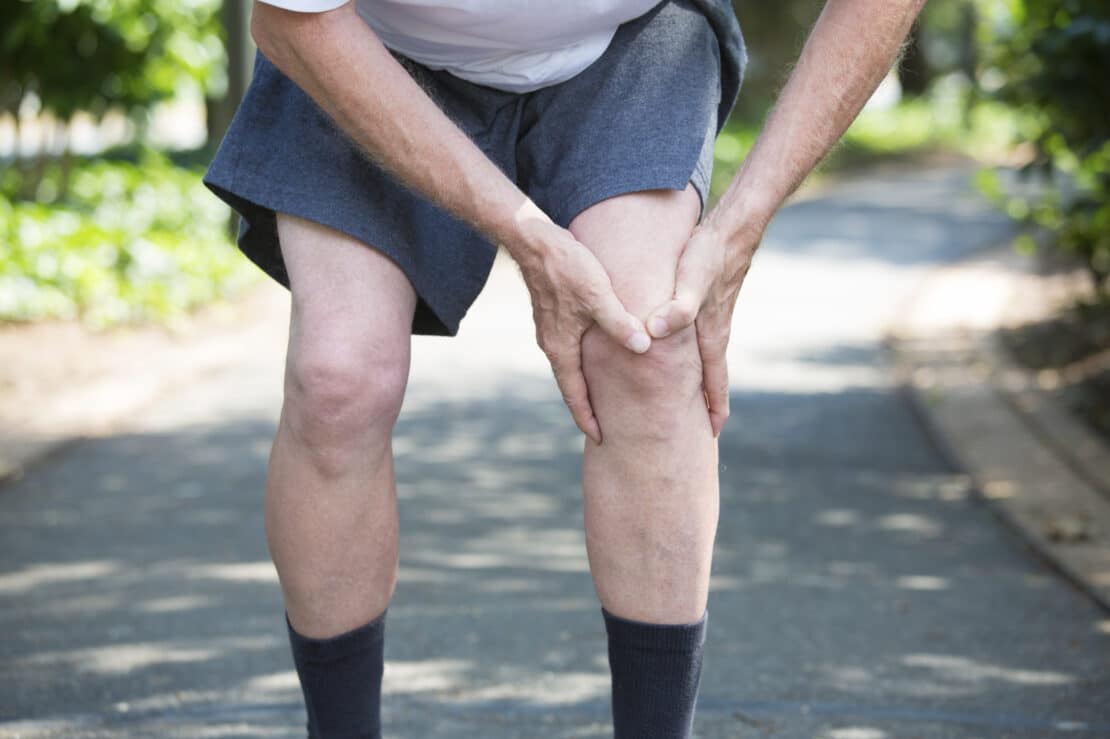 The number of Americans getting knee replacement surgery is double what it was in 2000. More than 750,000 of us a year now get new knees.[1]

That may be a mistake.

A major study reveals that the vast majority of patients see no real improvement in quality of life after getting artificial knees.

Researchers from the Icahn School of Medicine at Mount Sinai and Erasmus University Medical Center in Rotterdam, the Netherlands, followed 7,500 knee patients. The subjects were 45 to 79 years old.

The scientists used a standard test called the S-12 to gauge quality of life. It looks at physical and mental functioning. They gave the assessment to patients for up to nine years after surgery.

Think Twice Before Getting New Knees

Overall, the study found only “small changes” in quality of life scores after the surgery.

The reason many people get knee replacements is to reduce pain caused by osteoarthritis. But the researchers were surprised to find that subjects often still needed pain medication after the procedure. Post-surgery reduction in pain drugs was “small,” the study concluded.

Patients with the most severe knee osteoarthritis and most limited movement were the ones who improved the most after surgery.[3]

Dr. Bart Ferket is an assistant professor in the Department of Population Health Science and Policy at the Icahn School of Medicine at Mount Sinai. He led the study.

Dr. Ferket said the study shows people with mild or moderate knee osteoarthritis should think twice before getting knee replacement.

“Given its limited effectiveness in individuals with less severely affected physical function, performance of total knee replacement in these patients seems to be economically unjustifiable,” he said.[4]

The study was published in the British Medical Journal.

People with osteoarthritis often stay away from exercise fearing it will increase their pain. But studies show the exact opposite is true.

Exercise is considered the most effective non-drug treatment for reducing pain and improving movement in osteoarthritis. Two kinds of exercise have shown the most benefit:[5]

Range of motion/flexibility: This refers to the ability to move your joints through the full range of motion. When you have osteoarthritis, pain and stiffness make it very difficult to move certain joints more than just a little bit. This can make even the simplest tasks challenging.

Gentle stretching and movements that take joints through their full range of motion can improve flexibility.

A study at Tufts University found the centuries-old Chinese practice of tai chi works better than standard stretching exercises for severe knee osteoarthritis. Subjects did tai chi twice a week for one hour. In only three months, patients had a 300% improvement in physical functioning and pain.

Strength: Strong muscles support and protect joints that are affected by arthritis. By lessening the stress on the joints, you can reduce pain.

Exercise can also help you lose weight, which can dramatically ease knee pain. For every extra pound you carry, your knees add three pounds of added stress.[6]

Speak with your doctor or physical therapist about exercising with osteoarthritis and the specific exercises that are best for you.

You might already be on medication to ease your osteoarthritis pain. But there are natural alternatives that offer relief—without the risk of side effects:

A 2012 study compared curcumin’s effectiveness to NSAIDs. Curcumin was found to be better at alleviating rheumatoid arthritis symptoms than ibuprofen or naproxen. No adverse side effects were reported. Take a 400-600 mg supplement once a day.[7]

A 2015 study published in the Journal of Nutritional Biochemistry looked specifically at the benefits of oleocanthal for rheumatoid arthritis patients. Researchers found it significantly reduced inflammation.

The scientists noted that 3 ½ tablespoons of EVOO is equal to a 200-mg tablet of ibuprofen for reducing inflammation. Simply drink it straight or add EVOO to foods. But don’t heat it above 410 degrees. This will destroy some of the oleocanthal.

White willow bark: It’s the original aspirin. Way back in 400 BC, the Greek physician Hippocrates wrote about the pain-relieving powers of white willow bark. It contains salicin. This is a chemical similar to aspirin (acetylsalicylic acid).

Like aspirin, white will bark relieves pain and inflammation from osteoarthritis. It also treats headache, lower back pain, menstrual cramps, tendonitis, and bursitis.[8]

But unlike aspirin, it rarely causes stomach upset or bleeding. White willow bark is widely available at health food stories and online.

One precaution: It is a blood thinner. If you take blood-thinning drugs, white willow bark may strengthen the effect.

Before having knee replacement surgery, consider a less drastic procedure. We recently told you about a noninvasive treatment called cooled radiofrequency ablation (CRFA).

It’s an outpatient procedure that provides lasting pain relief for many knee pain patients. One study found that more than 90% of people who got CRFA reported that their health improved afterward because they were able to exercise with less pain.

CRFA is available at major pain and orthopedic clinics around the country. You can find a directory of doctors who offer it here.

Editor’s Note: If you suffer from chronic joint pain, you need to know about “Lazarus” cells. They have healed people who were crippled with back pain, hip arthritis, bad knees, and more.

Get all the details in our monthly newsletter Independent Healing. Go HERE.

The Surprising Hidden Cause of Back Pain