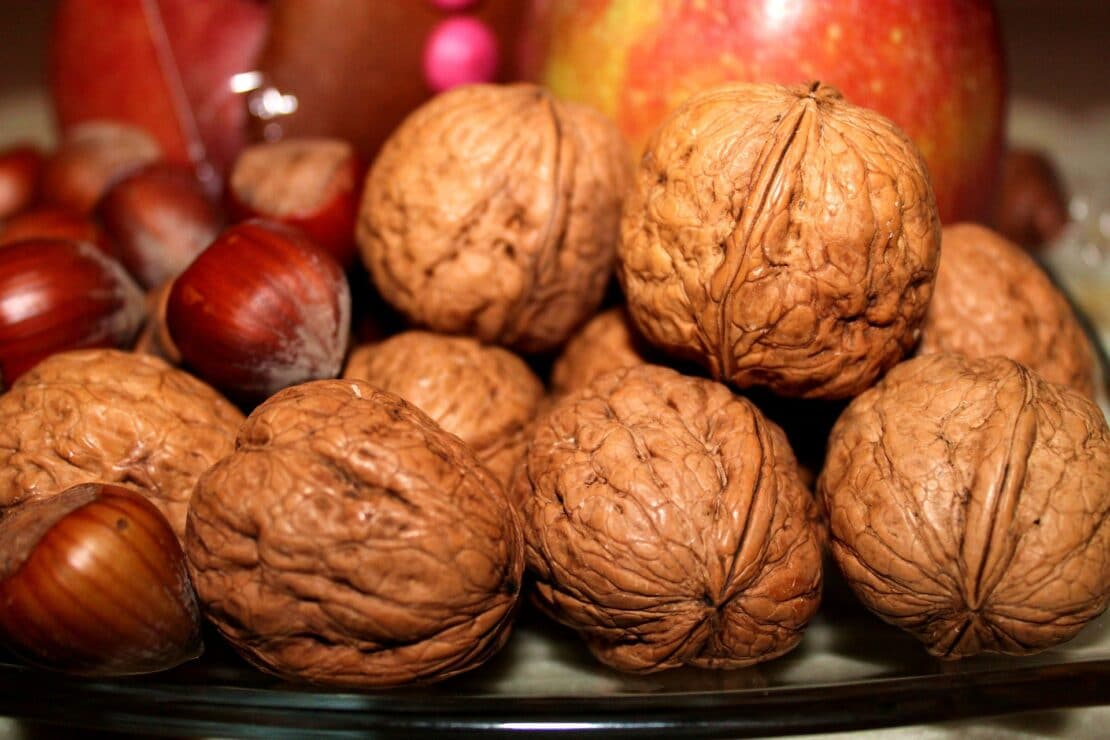 It comes down to one word…

You can cut calories for only so long until your brain revolts. It increases food cravings to the point where you can’t help but eat more.[1]

But researchers have found that one food can control your mind to make you better able to resist cravings.[2]

The participants were divided into two groups. One drank a smoothie every day for five days that contained 48 grams (almost 2 ounces) of crushed walnuts. The other group was given an identical smoothie without walnuts.

Then, after a buffer period of 30 days, they again were given smoothies for five straight days. But this time the subjects who previously got walnut smoothies were given those without, and vice versa. The participants were not told what was in the drinks.

At the end of each five-day period, the subjects were given brain scans while being shown pictures of fattening foods they craved, like hamburgers and desserts. They were also asked to rate their levels of hunger.

After drinking the walnut smoothies, the subjects reported feeling less hunger. Their brain scans revealed why.

After the placebo smoothie period, the insula showed no increased activity and subjects reported stronger cravings.

Dr. Christos Mantzoros led the study. He is a professor at Harvard Medical School.

“This is a powerful measure,” Dr. Mantzoros said. “We know there’s no ambiguity in terms of study results. When participants eat walnuts, this part of their brain lights up, and we know that’s connected with what they are telling us about feeling less hungry or more full.”[3]

The study was published in the journal Diabetes, Obesity and Metabolism. It concluded: “Eating walnuts may act at the level of the insula to alter food intake in obese participants.”[4]

We’ve touted the health benefits of walnuts for years. Weight loss is just the beginning:

If you’re trying to control your weight, eat walnuts every day as a between-meal snack. The amount of walnuts used in the study was a little less than half a cup.

You should find that the hung pangs that sabotage your weight loss become easier to ignore or go away completely.

Editor’s Note: Discover why calorie counting is fake news. Studies show you’re actually more likely to gain weight than to lose it on low-cal diets. Learn why they don’t work…and what does. It’s in Independent Healing, your best source for science-backed natural health solutions. To find out more, go HERE.

The Supplement That Promotes Weight Loss While Cutting Cholesterol