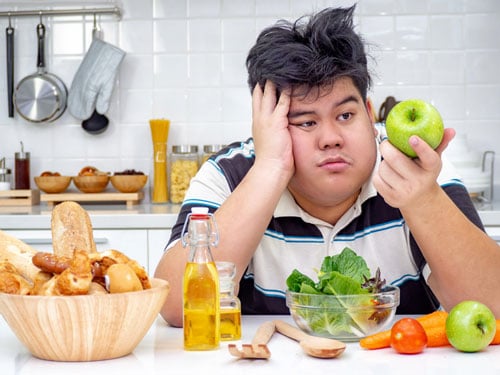 Earlier this year, a Harvard University study concluded that nearly half of adults in the U.S. will be obese by 2030.

The problem is so bad that it even threatens national security. According to the CDC, if we had a major war, we may not have enough soldiers to fight it because one in four young adults is now too heavy to serve in the military.[2]

Who’s to blame for this situation?

Dr. Rami Bailony says “gross negligence” on the part of the medical profession is fueling obesity. In a recent article he wrote that doctors don’t take weight gain seriously because they believe it is a “lifestyle disease.”[3]

But at the same time, Dr. Bailony notes that they prescribe drugs that actually cause obesity.

In fact, dozens of common medications have weight gain as a side effect.

Dr. Louis Aronne is director of the Comprehensive Weight Control Center at Weill Cornell Medical College. He said that as many as 15% of weight issues are related to medications.”[4]

40 Common Drugs That Make You Fat

Different types of drugs cause weight gain for different reasons.[5]

If you are on one or more of these drugs, ask your doctor whether you can discontinue them or whether there are alternative medications that don’t cause weight gain.

The Supplement That Promotes Weight Loss While Cutting Cholesterol