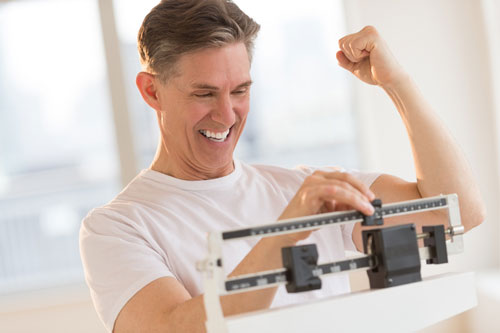 It seems like the Holy Grail of natural health products…

A completely safe supplement that:

A new study finds that one probiotic has all those benefits.

In 2007, researchers found that the intestinal bacteria Akkermansia muciniphila were able to slow development of obesity and diabetes in mice. Recently, the same team from Belgium’s Louvain Drug Research Institute wanted to see if A. muciniphila would have a similar effect in humans.[1]

Everyone has A. muciniphila in their gut. But people with metabolic syndrome have less of it.

The subjects were randomly placed into three groups. One group took a tablet containing live A. muciniphila bacteria. The second group took a pasteurized version of the probiotic. The third group took a placebo.

After three months, the subjects who took pasteurized A. muciniphila had the best results.

They had better insulin sensitivity. Their total cholesterol was lower. Their markers for inflammation and liver dysfunction fell. They also lost weight even though they didn’t change their diet or exercise routine.

The subjects who took live A. muciniphila also improved, but not as much as those who took the pasteurized version. Placebo subjects actually got worse.

A. muciniphila supplements were well tolerated. The subjects had no side effects.[3]

Pasteurization uses heat to kill bacteria. Scientists do not know exactly why a supplement with dead probiotics is more effective in some cases than one with live bacteria.

The majority of studies on probiotics look at the living variety. But some research has found health benefits in inactive probiotics.[4]

Is This the World’s Best Probiotic?

A. muciniphila is not yet available in a commercial supplement. But the researchers have formed a company, A-Mansia Biotech, that is bringing it to market. As soon as they do, we’ll let you know how to get it.

Editor’s Note: If you’re trying to lose weight, don’t fall for the calorie cutting myth. Calories don’t drive weight gain. Something else does. And it’s easy to control. Discover more by reading The Weight-Loss-for-Life Protocol. It’s in Independent Healing, the monthly newsletter that deciphers the latest science to bring you unbiased medical information that can transform your health. Find out more HERE.