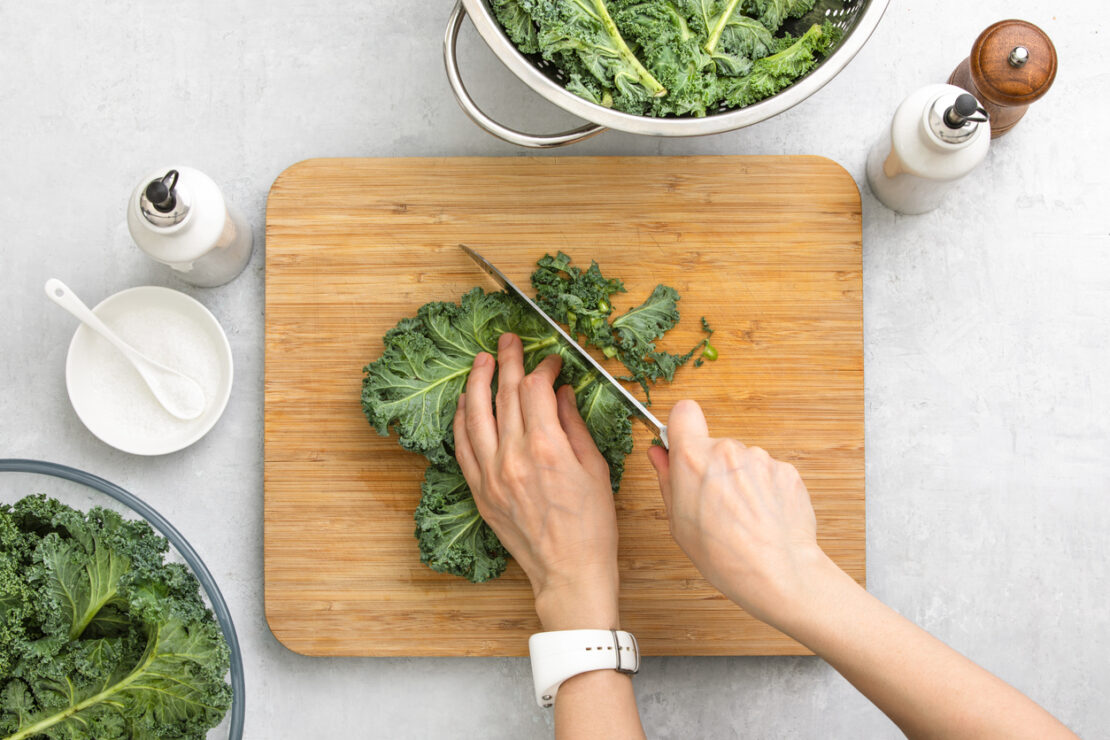 Spinach and kale have been touted for years as superfoods. They are low in calories and loaded with antioxidants, anti-inflammatory compounds, iron, and vitamins K, A, and B6.

All of these are great for your heart and overall health and fitness.

But researchers have found that the greatest benefits of these leafy greens might be keeping your brain sharp.

Both vegetables are rich in a relatively obscure nutrient called lutein. It’s a naturally occurring carotenoid. Carotenoids are plant pigments that have important health-boosting effects.[1]

The body cannot produce lutein. It must rely on food sources for the nutrient.[2]

To get a better idea of how lutein affects brain aging, University of Illinois researchers studied 60 adults. The participants were free of neurological disorders or mental illnesses. They had normal range IQs.

The scientists wanted to see if high levels of lutein corresponded to better cognitive function.

The scientists then asked subjects to perform three specific tasks associated with attention span and the ability to concentrate.

In the first task, the researchers quickly flashed large and small circles of light at the eyes of the participants. They were asked to push a button when a large circle flashed. They did this 200 times.

The third task was something called the Eriksen Flanker Test. It’s a standard tool researchers use to determine a subjects’ brain speed. White arrows are flashed together on a black screen in seemingly random fashion. But one arrow is more centrally located than the others. The participant is asked to push a button that indicates the direction of this arrow as quickly as they can.[4]

The researchers found that the more lutein participants had, the better they performed for their age. In other words, older subjects with high lutein levels had brains that were as sharp as younger people with less lutein.[5]

Brain scans showed that subjects with more lutein also had stronger brain signaling than those with less of the nutrient.

Researcher Anne Walk is a post-doctoral scholar in the Neurocognitive Kinesiology Lab at the University of Illinois. She was lead author of the study. “The neuro-electrical signature of older participants with higher levels of lutein looked much more like their younger counterparts,” Walk said. “Those with more lutein were able to engage more cognitive resources to complete the task.”

She said the study shows that by eating lutein-rich foods, people are not only sharper earlier in life, but also protect their brain against cognitive decline as they age.

Two foods stand out for their lutein content: Kale and spinach. But other vegetables also have significant amounts. Here are the top 10 foods with the most lutein, according to the U.S. Department of Agriculture. The amounts listed are per one-cup serving.[6]

Another option is taking a lutein supplement. Look for a brand with at least 20 mg. It should be taken at mealtime because lutein is absorbed better when ingested with a small amount of fat. Olive oil is perfect for this.

Editor’s Note:  If you’ve ever suffered from digestive problems, I have just the thing for you. My colleagues at the Institute of Natural Healing have just launched a groundbreaking new protocol that reveals stunning details on a simple, pill-free secret that can settle your stomach in 30 minutes.  And as a Health Watch reader, you have a first-chance opportunity to discover all the details right now.

This brand-new protocol also contains some of the most powerful, natural approaches for treating GERD, ulcers, indigestion and irritable bowel syndrome, constipation, gluten intolerance, and even the most serious gut disease of them all—colon cancer. So, if you—or a loved one—are suffering with digestion issues, please click here now to get exclusive access to this revolutionary protocol today.

He Meditates Every Day. Here’s What It Did to His Brain.

Scientists Discover the Best Exercise for Your Brain

The #1 Factor for Healthy Aging