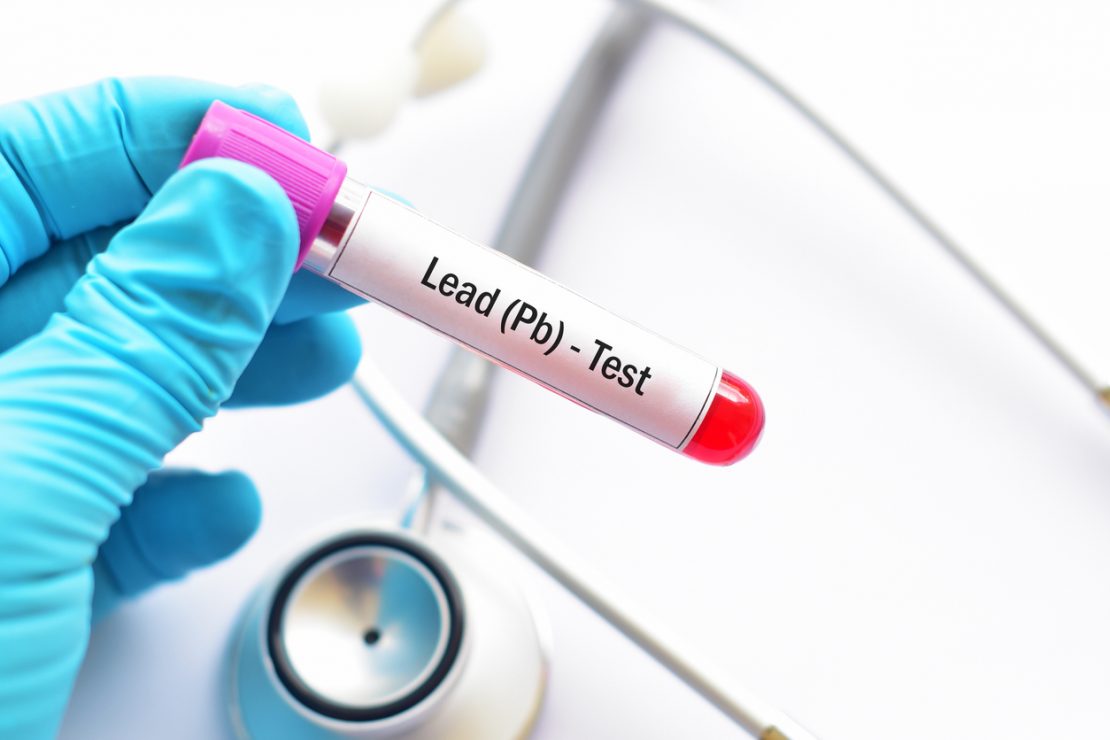 Like most people, you probably were appalled a few years ago when you heard about the lead contamination crisis in Flint, Michigan. The reports of thousands of children suffering permanent brain damage were horrific.[1]

You were no doubt thankful that such a disaster was not happening in your town.

But what you may not know is that lead poisoning is surprisingly common even in people who don’t live in a city with contaminated water. And adults, as well as children, can suffer.

Symptoms include nausea, depression, fatigue, memory difficulties, moodiness, constipation, and headaches. These are the sorts of common, nagging health issues many of us face every day. And we may chalk them up to old age.[2] [3] [4]

But a major study shows that people with unexplained health problems like these actually may be suffering from lead contamination.

Research in the journal Circulation measured the lead levels in the blood of 13,946 adults and tracked their health for 12 years.[5]

It found something shocking: Nearly 40% had lead levels high enough to cause health problems.

Some experts say the figure is even higher. Dr. David Brownstein is a family physician in West Bloomfield, Mich. His practice is less than an hour’s drive from Flint. He routinely tests his patients for lead. And he started doing it long before the water contamination crisis.[6]

Dr. Brownstein said the most common symptoms he sees in adults with high lead levels are fatigue, brain fog, irritability, and insomnia.

You’re probably wondering where all this lead comes from.

Many Americans were exposed to lead in their younger years. That’s because the U.S. government didn’t ban lead from house paint until 1978 and from gasoline until 1986. Before that time, people were exposed by inhaling car exhaust. They were also poisoned from lead-contaminated dust that settled on indoor surfaces from paint chips.[8]

A study in the journal Environmental Health Perspectives showed that banning lead in paint and gas made a huge difference.[9]

Lead in the blood of American children dropped by 80%. And these children had IQs that were almost 5 points higher than kids growing up in the 1970s before the bans.

But the problem was not solved entirely. That’s because when you are exposed to lead, it is absorbed by your bones. And it takes decades to leave your system.

As we get older, our bones naturally begin to break down. This is especially true in post-menopausal women. It’s why they are at higher risk for osteoporosis. As bones get thinner, they release lead into the bloodstream that was absorbed years earlier.[10]

One study found that blood lead levels in women jump 25% in the five years after menopause.[11]

Dr. Brian Schwartz is a professor at the Johns Hopkins Bloomberg School of Public Health. He says that when lead is leached from bones, it contributes to cognitive decline in both men and women. Men with higher bone lead levels have lower scores in manual dexterity, decision-making, and verbal skills than men with lower levels, Dr. Schwartz found.[12]

How Lead Gets into Your Body

Studies have found that lead can get into your body in a variety of ways:

Many plumbers use lead solder to join copper pipes. In homes less than five years old, large amounts of lead leach from the solder into drinking water. After five years or so, mineral deposits build up in the pipes and insulate the water from the lead in the solder.[14]

5 Ways to Protect Yourself from Lead Poisoning

It makes sense to stay away from obvious sources of lead. But lead is so pervasive in our environment that it’s impossible to avoid it entirely.

That’s why it makes sense to get tested to determine your risk. Your doctor can do it. It’s a simple blood draw. Most insurance plans cover it.

There is no safe minimum blood level of lead. A reading of zero is best. But with so much lead all around us, few people can achieve that.

Renowned integrative physician Dr. Mark Hyman says you should be concerned if your readings are above 2 mcg/dL.[19]

He recommends the following steps to reduce your lead levels:

Lead poisoning is far more common than most of us—or our doctors—would ever suspect. Make sure it’s not damaging your health. Take these commonsense steps to get the lead out of your life.

Editor’s Note: If you’re concerned about exposure to the toxic chemicals that are all around us, you need the Toxin Flush Protocol. It’s a detailed plan to help remove toxins from your system. You can get it in our monthly journal, Independent Healing. It’s your best source for evidence-based health advice. Go HERE to subscribe.

Is There Lead in Your Chocolate?