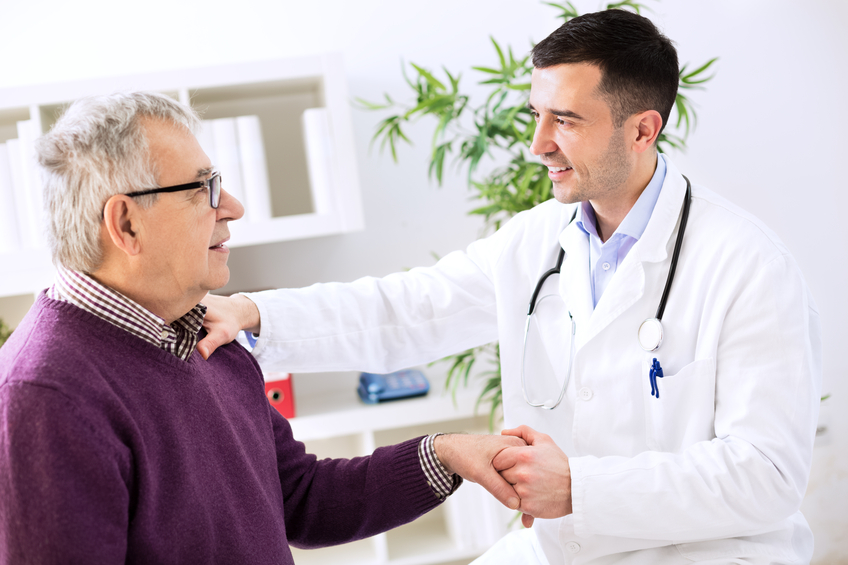 When you go to the doctor because you’re not feeling well, there’s really just one thing you want to know…

You want to know what’s wrong.

Is that asking too much?

Apparently it is. A Mayo Clinic study shows how appallingly bad American doctors can be at providing accurate diagnoses.

Only 12% of patients who came to the famed hospital in Rochester, Minn., for a second opinion were given a completely accurate diagnosis by their primary care doctor.

About 20% of patients with serious conditions—like cancer—were told they had an entirely different illness. These are the kinds of cases where the right diagnosis is the difference between life or death. But the study showed that doctors are routinely getting them wrong.[1]

Another example is Alzheimer’s disease. One-third of people told they have Alzheimer’s actually don’t have it, another study from the National Institutes of Health found.

These misdiagnosed patients have been told they have an incurable and fatal brain disease. But in reality, they often have illnesses that are easily treatable…if only their doctor hadn’t botched the diagnosis.[2] [3]

Don’t wait until your doctor’s poor performance harms you to make a change. Instead, be proactive. It’s important to recognize the warning signs of a bad physician so you can switch to a new doctor before your health is damaged.

If your physician consistently does any of the following, it’s time to move on. (For simplicity, the references below are to male doctors, but men don’t have a monopoly on incompetence.)

1.) He doesn’t listen: “Not listening” may sound benign, but it’s actually very dangerous. It’s the number one reason to get rid of a doctor, according to Dr. Leana Wen.

Dr. Wen is an emergency room physician at Massachusetts General Hospital in Boston. She is a Rhodes Scholar and was a clinical fellow at Harvard Medical School. She is author of the book When Doctors Don’t Listen.

Dr. Wen wrote her book in memory of her mother Sandy. Sandy was a schoolteacher in Los Angeles. She came down with a cough and felt rundown. Her doctors assured her she had a virus that would run its course. They blamed it on her being around kids all day.[4]

But Sandy knew she had never been sick like this before. She told her doctors it had to be something more than the flu. She was getting pains throughout her body.

Her doctors dismissed her worries for six months. And it wasn’t until a year later that Sandy was found to have breast cancer. By that time, it had spread.

After a seven-year battle, the cancer killed her. Dr. Wen, who was a student when her mom was diagnosed, believes there’s a good chance she would be alive today if her doctors had listened.[5]

Dr. Wen points out that doctors are trained to ask a checklist of questions based on symptoms. When the appointment begins, many doctors, because they are pressed for time, are anxious to get through the checklist.

But checklist answers don’t tell the whole story. They may leave out key details that are needed for a correct diagnosis.[6]

“You have to make sure that your concerns are addressed and that your story is being heard,” said Dr. Wen.

She recommends that you first let your doctor ask all the questions he or she wants to. Let them go through their checklist. Then say, “I’d like to tell you how the problem started.” And tell the story of your illness chronologically.

If your doctor cuts you off, Dr. Wen says you should politely interrupt them and continue.

“Interrupting is a way to ensure that your entire answer is heard, not just the part that the doctor thinks he wants to hear,” she says. “It is critical that you insist on telling your story.”[7] [8]

If your doctor repeatedly cuts you off, doesn’t listen, or seems uninterested, you need a new doctor, said Dr. Wen. [9]

2.) He doesn’t coordinate with other doctors: Your primary care physician should be the quarterback of your healthcare team. That means keeping track of specialists’ reports and talking to you about their recommendations. Your primary doctor should monitor all the medications you’re taking, whether he or a specialist prescribed them.

Your doctor should not put the onus on you to coordinate your specialist care. That’s his job.

Of course, if you see a specialist without a referral, you should do your part by making sure your primary doctor is aware of this. Have all specialist records sent to your primary physician so he has the information he needs to oversee your care.

If your doctor is a poor coordinator, you may receive unnecessary duplicate tests or treatments. Even worse, you may get drugs or procedures that are harmful when combined.

If it’s clear during your appointments that your primary doctor has not taken the time to look at your records to go over the care you’ve received from specialists, it’s time to move on.[10]

3.) He’s a jerk: It takes confidence to be a doctor. You need self-assurance to make decisions that may mean the difference between life or death for your patients.

But many doctors cross the line from healthy confidence to dangerous arrogance, said Dr. Val Jones. She is the founding editor of the scientific journal Clinical Nutrition & Obesity.[11]

“Physicians have a reputation for being, to put it bluntly, jerks,” she says. They come to believe that M.D. stands for “Medical Deity.”

Signs of a “jerk” doctor include:

Anyone can have a bad day. But if your doctor is consistently nasty, overbearing, and bullying, it’s time to head for the door.

You may be hesitant to dump your doctor. Maybe you’ve been with the same physician for years and feel a sense of loyalty. But getting quality care is not about loyalty. It’s about making sure that your health is in good hands.

If the shortcomings we’ve described remind you of your doctor, it may be time to find someone you can trust to deliver quality care. In the next issue of Health Watch, we’ll tell you exactly how to go about finding a great practitioner.

Drug Company Admits to Physician Payoffs. Is Your Doctor on the List?

Is Your Doctor Making You Sick?

Is Your Doctor Accidentally Giving You Cancer?