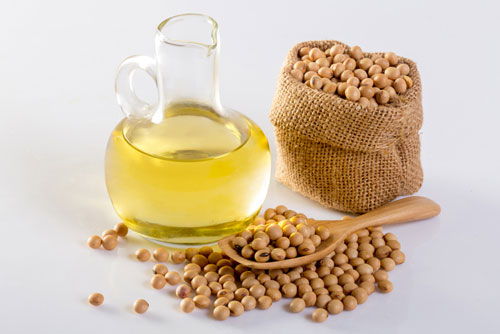 When it comes to food oils, we have a confusing array of choices when we go to the grocery store.

Which ones should you be eating?

A new study shows that the most widely consumed oil may also be the unhealthiest.[i]

In 2015, researchers from the University of California, Riverside gave mice soybean oil. They found it induced obesity, fatty liver disease, diabetes, and insulin resistance in the rodents.

They discovered even more bad news.

Both types of soybean oil had troubling effects on the hypothalamus. That’s a part of the brain that regulates your weight and maintains body temperature. It’s also critical for physical growth, reproduction, and stress response.

The researchers found that soybean oil affects about 100 genes that affect brain functioning and the risk for brain diseases such as Parkinson’s, Alzheimer’s, and autism.

As you can see from pie chart below, soybean oil is the most widely consumed oil in the U.S. by far. Canola is a distant second, followed by corn oil.

Soybean oil is used in processed foods and for frying. Margarine is often made from soybean oil.

Dr. Deol said that the message he wants people to take from his research is to “reduce consumption of soybean oil.”

If you should avoid soybean oil, what oils are OK?

Here are two that have plenty of science showing they are healthy:

There’s no need to risk your health with soybean oil when these much healthier options are available.

One Avocado has a Surprising Effect on Your Brain