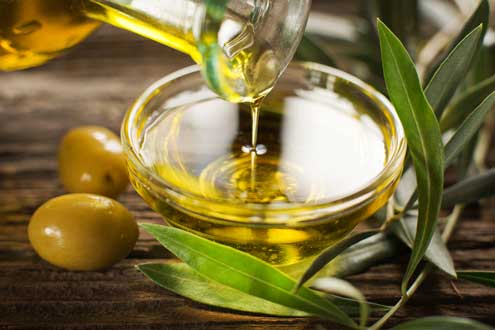 Billions of dollars have been poured into Alzheimer’s drug research in recent years. So far, the effort has been a total failure.

No medications have been found that prevent or reverse Alzheimer’s.

Meanwhile, the incidence of the disease is exploding. Over the last two decades, there’s been an 89% increase.1

But what if the best Alzheimer’s drug is not a drug at all?

The beneficial brain effects of olive oil have been known for decades. Now a new study shows exactly how it keeps you mentally sharp—and why it may be the best weapon against Alzheimer’s.

The research was conducted at the Lewis Katz School of Medicine at Temple University. Scientists found that not only does olive oil help neurons function better and communicate with one another, it actually works as a brain cleanser, ridding debris and toxins that lead to dementia.2

Researchers conducted an experiment on mice genetically predisposed to Alzheimer’s. They divided the animals into two groups. One received a diet enriched with extra virgin olive oil. The other got normal food.

The olive oil was added to their diet when the mice were young, before any signs Alzheimer’s appeared in either group.

Scientists then autopsied the brains of mice in both groups to compare them. Mice getting olive oil showed fewer signs of Alzheimer’s.

Dr. Domenico Praticò is a professor of pharmacology and microbiology at Temple University. He led the study.

“We found that olive oil reduces brain inflammation but most importantly activates a process known as autophagy,” he said.

Autophagy is the process by which cells break down and clear out intracellular debris and toxins. This includes amyloid plaques and tau tangles. These are clusters of proteins that clog neural pathways. They are the primary marker of Alzheimer’s disease.3

“This is an exciting finding for us,” explained Dr. Praticò. “This is a very important discovery, since we suspect that a reduction in autophagy marks the beginning of Alzheimer’s disease.4

The researchers recently published their findings in the Annals of Clinical and Translational Neurology.

The Temple researchers noted that they used extra virgin olive oil (EVOO) in their study.

EVOO can be very expensive. You can pay over $600 for a quart of artisanal oil. But you don’t need to shell out big bucks to get olive oil’s brain benefits. You simply need to know what to look for.5

Extra virgin oil contains no more than 0.8% acidity. This is a key metric for determining nutrient quality.

Clear bottles expose oil to light. Light leads to oxidation and rancidity. Plastic containers can leach noxious substances, such as PVCs, into the oil.

If you’re worried about Alzheimer’s, there’s something else you should know… The decades of research on this brain-healing herb is impressive to say the least… And you can get it now for just pennies a day. Get all the details on this memory miracle, HERE.