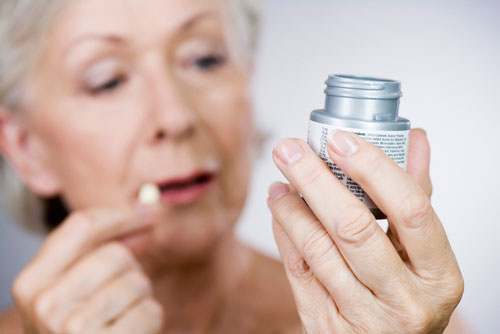 If you walk into your doctor’s office complaining of depression, the chances are you’ll walk out with a prescription for an antidepressant drug.

Nearly 25 million Americans are on antidepressants such as Prozac, Zoloft, and Effexor. That’s a 60% increase since 2010.[1]

The problem is that antidepressants can have major side effects. They include weight gain, erectile dysfunction, and fatigue.[2]

And it can be difficult to stop taking them. Patients report serious withdrawal problems when trying to get off of them.[3]

Now, new research shows there may be a better way.

It was published in the Journal of Neurology, Neurosurgery & Psychiatry. It analyzed 30 studies involving 1,610 depression sufferers.

NSAIDs include common over-the-counter pain relievers such as aspirin and ibuprofen.

The scientists also found that omega-3 fatty acids, the active ingredient in fish oil, work against depression as well.

How do NSAIDs and omega-3s fight depression? Scientists say it can be explained by the immune theory of depression.

Scientists hypothesize that a hyperactive immune system—such as occurs in people with rheumatoid arthritis, colitis, and other autoimmune diseases—is the root cause of depression.

As evidence that this theory is true, researchers note that people with autoimmune conditions have a much higher risk of depression.

Scientists think that depression may have evolved as a way to keep sick people self-quarantined, so they would avoid infecting others.

Professor Alan Carson edited the journal article. He said that depression might be “the price we pay for having an immune system.”[5]

If you suffer from mild to moderate depression, talk to your doctor about trying aspirin and/or an omega-3 fish oil supplement. They may work better for you than antidepressants without the potential dangers.

Keep in mind that aspirin is a blood thinner. Using it regularly raises your risk of bleeding.

If you go with omega-3 fish oil, make sure you get the right kind.

Most fish oils are made with a cheap manufacturing process that yields something called an ethyl ester (EE). This kind of fish oil is less bioavailable. Labels of EE fish oil often say the product is derived from “marine oil concentrate.” Instead, look for brands that contain the triglyceride form of fish oil. It should be noted on the label.

A high-quality fish oil will also be relatively free of fishy taste or smell. The oil should be translucent and free of cloudiness.

If you’re already taking an antidepressant, you should know that the analysis also found that aspirin and omega-3s boost the effectiveness of these medications.