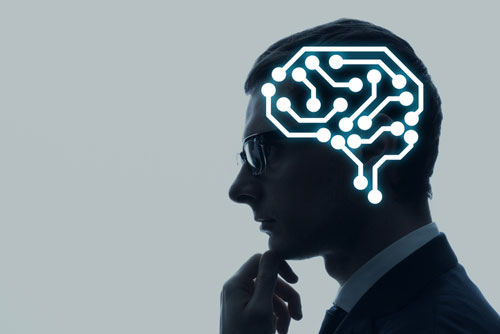 Computer brain games are popular among seniors who want to preserve their mental sharpness.

But a new study shows that any kind of computer activity—it doesn’t have to be brain games—enhances memory.

Mild cognitive impairment (MCI) is worse than normal age-related memory loss. But it’s not as severe as dementia.

People with MCI are forgetful, but not to the point where they are unable to function.

You can get by in life with MCI, but it can be an annoyance. And it can hamper job performance.

Having MCI also means you have a greater chance of getting dementia later in life.

The new study was published in the journal Neurology. Researchers examined 2,000 subjects in their late 70s. None had MCI when the study began. The research team tracked how often they engaged in mentally stimulating activities, things like computer use, reading books, social activities, and doing crafts. [1]

The subjects took cognitive and memory tests every 15 months. On average, they remained in the study for five years. In that time, 532 subjects—more than a quarter—developed MCI. These subjects were far less likely to be computer users than subjects who did not get MCI.

To get the protective effects of computer use, subjects did not have to play brain games, researchers found. Emailing, surfing the web, looking at videos…any kind of computer activity reduced the risk of MCI by 37%.[2]

3 Activities to Strengthen Your Brain

In addition to using the computer, the study found these activities help prevent MCI:

Use it or lose it. It’s a cliché, but when it comes to your brain, it’s true.

The more you exercise your mind, the stronger it will be as you get older.

Editor’s Note: To learn more about how to stay mentally sharp, read Independent Healing, your best source for science-backed health advice. Discover why your worst “senior moments” may have nothing to do with your age. Find out more HERE.

Hard Day Ahead? Do This in the Morning

One Food Cuts Risk of Age-Related Memory Loss in Half