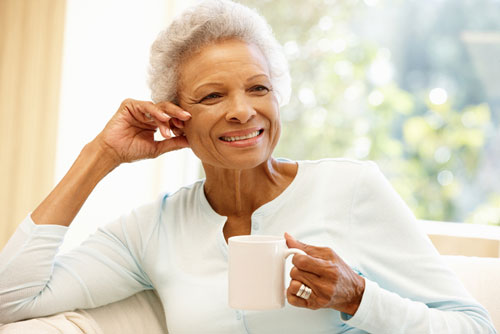 We don’t want to get too excited because this was a lab study. It involved mice. But the results were so impressive that we wanted to tell you about them.

For the first time ever, they succeeded in reversing Alzheimer’s disease.

And they did it without drugs.

They believe the same natural treatment will work in humans.

Researchers focused on epigallocatechin-3-gallate (EGCG) and ferulic acid (FA). EGCG is abundant in green tea. FA is a compound found in beans and grains. It’s particularly prominent in popcorn.[i]

The scientists randomly divided 32 mice into four groups. Some of the animals had Alzheimer’s-like symptoms. Some were normal, to compare with the cognitively impaired mice.

Mice in each group were given different diets. The groups consumed:

Before and after going on the diets, the rodents were tested for thinking and memory ability.[ii]

In one of the most important tests, the mice had to find their way through a maze. This assessed their spatial working memory. It’s the same skill people use to become familiar with a new environment.

The Alzheimer’s mice that consumed EGCG and FA did “just as well as the healthy mice.”[iii]

Alzheimer’s is at least partly caused by beta-amyloids. These are proteins that clog pathways between neurons in the brain. The researchers think that EGCG and FA work by preventing beta-amyloid from being generated by its biological precursors.

The compounds also seem to reduce inflammation and oxidative stress in the brain. Both are related to the development of Alzheimer’s.

Protect Your Brain With Two Supplements

To get a dosage equivalent to what was given to the mice, a 160-pound human would take about 1,200 mg each of EGCG and FA every day. That would be a total of 2,400 mg between the two.

Both are readily available as supplements from health stores and online retailers. In general, it’s easier and cheaper to consume them this way than through foods.[iv]

Human trials of these two supplements are now being planned. But Dr. Town says he thinks they will prove to be effective in people.

“You don’t have to wait 10 to 12 years for a designer drug to make it to market,” said Dr. Town. “You can make these dietary changes today.”

Editor’s Note: Discover the Alzheimer’s bombshell that revives brain cells in as little as 90 minutes. Find out more HERE.