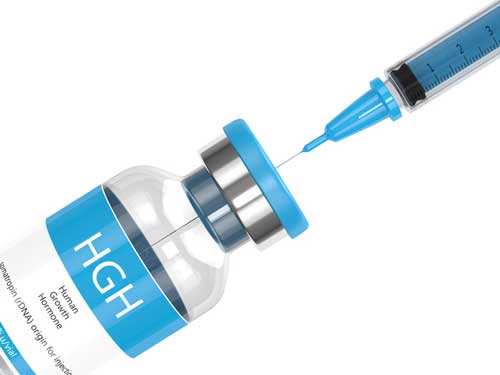 The Hippocratic oath is supposed to be the foundation of doctors everywhere: “First, do no harm.”

But a new study shows that some doctors treating patients with human growth hormone (HGH) may have done great harm. They may have given their patients Alzheimer’s disease.1

About 30,000 children worldwide were given human growth hormone injections between 1958 and 1983. The treatment was meant to address genetic disorders and growth deficiencies. The hormone was derived from cadavers.

Fast forward to 2015… Professor John Collinge and his colleagues at University College London examined the brains of eight deceased people.

Before they died, all had received HGH injections. And all were found to have beta-amyloid proteins in their brains.

This led professor Collinge to hypothesize that the HGH injections the people had received were contaminated with beta-amyloid.

The same hormone source had been archived and still existed. Professor Collinge and his colleagues analyzed it.

They found that the HGH was contaminated with beta-amyloid.

The team injected some of the same archived HGH into the brains of mice. The mice developed beta-amyloid and tau proteins (also associated with Alzheimer’s) in their brains.

The study concluded that the eight people examined by Professor Collinge had accidentally been “seeded” with Alzheimer’s.

Be Careful to Get Legit HGH

Right about now you’re worried if you’re one of the thousands of American men who take human growth hormone to fight aging.

But the chances are, you are in no danger. In 1985, the FDA banned all cadaver-derived HGH. That’s what was used in the eight study subjects.

The HGH products now sold commercially are made synthetically in the lab. So there is no chance they contain Alzheimer’s proteins.

But some HGH is sold on the black market by fly-by-night anti-aging clinics. It is unregulated and there is no telling how it is manufactured.

If you’re taking HGH, talk to your doctor about its origin. You’ll want to make absolutely sure it is a legitimate, licensed product.