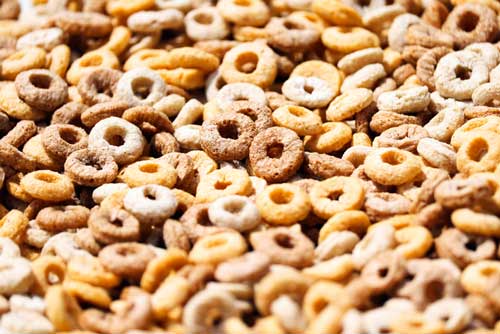 If you are worried about agrichemicals in your food, there were two disturbing developments recently…

First, a jury awarded a man $289 million because it agreed that the world’s most-used weed killer, Roundup, gave him cancer.

Second, an independent lab tested 45 breakfast foods. It found Roundup in 31 of them.

For years, Monsanto, the maker of Roundup, has insisted the product is safe.

But many scientists disagree. In fact, the product has been banned in most European countries.1

In 2015, the World Health Organization warned that Roundup was “probably carcinogenic.”2

Monsanto fought back. It spent millions of dollars on political lobbyists. It has even been accused of bribing scientists to confirm that Roundup is harmless to humans.3

The strategy worked. Until now.

Johnson’s job required him to mix and spray hundreds of gallons of Monsanto’s herbicides onto school properties. He developed non-Hodgkin’s lymphoma.4

Johnson claimed that glyphosate, the main chemical in Roundup, had given him the deadly cancer.

Since he was dying, his trial was fast-tracked by the courts.

On August 10, a jury agreed with Johnson. Not only did they find Monsanto guilty, they awarded almost $300 million to punish Monsanto for their years of deception.5

Johnson’s victory could open the floodgates for over 5,000 similar lawsuits pending against the company.

Breakfast Cereals Could Be Killing You

Around the same time as Monsanto was a losing in court, they were getting other bad news.

A consumer advocacy group, the Environmental Working Group (EWG), tested 45 common breakfast foods that contained oats. They found elevated levels of glyphosates in 31 of them.

Dr. Alexis Temkin is an EWG toxicologist. She worked on the cereal analysis.

“There are levels above what we could consider safe in very popular breakfast foods,” said Dr. Temkin. The U.S. Food and Drug Administration is reviewing the group’s findings.

5 Ways to Reduce Your Exposure to Roundup

After the findings were released, General Mills, the makers of Cheerios and other breakfast foods, said, “Our products are safe and without question they meet regulatory safety levels.”

But why risk cancer?

Roundup is so common that it’s almost impossible to avoid it entirely. But here’s how to reduce your exposure:8 9

And don’t use Roundup or glyphosate-based products in your yard. Use a natural herbicide instead. We recommend a brand called Dr. Earth.

Editor’s Note: This doctor’s natural cancer treatment cured 85% of his patients. Then authorities found him dead in a river. Those responsible for his death will stop at NOTHING to keep this cancer-killing treatment buried. But you can access it today…if you know how.