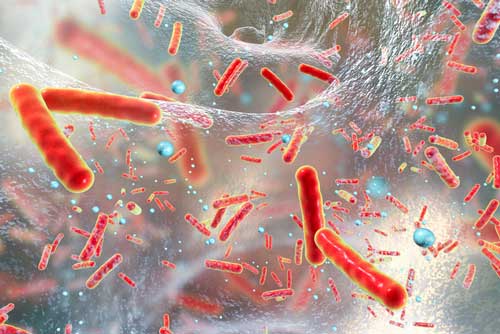 Once you’re infected with a superbug, there’s not a whole lot doctors can do.

Antibiotics don’t work well. Even the most powerful ones, called carbapenems, are starting to lose effectiveness.1

So you’re left with two things: second-line treatments that are less effective…and hope.

You hope your immune system will gear up to kill the drug-resistant infection before it kills you.

That’s why prevention is the best protection. And for years, alcohol-based hand sanitizers have been considered one of the key defenses.

It worked…for a while. But VRE infections in hospitals have begun to increase again. They can cause sepsis, which can be fatal.2

Australian researchers recently ran a series of experiments to find out why.

They took stored samples of VRE superbug germs dating to 1997 and newer ones from recent years. They grew each strain in dishes containing a liquid equivalent to alcohol-based hand sanitizer.

The older strain died. The new one survived.

The researchers reported that a “new wave of superbugs” had grown resistant to alcohol.

The researchers tried higher concentrations of alcohol on the new, stronger bacteria strains. They found that these samples were killed off only when the solution contained at least 70% alcohol.3

Dr. Timothy Stinear is a professor of microbiology and immunology at the University of Melbourne. He is a co-author of the study.

“This was the first time anyone had shown hospital bacteria becoming tolerant to alcohols,” he said.

Like something out of a horror movie, superbug genes are evolving to survive our best weapon against them.

“We were also able to identify and document the specific genetic changes that have occurred in the bacteria over the 20 years,” Dr. Stinear said.

Scientists fear that it may not be long until even the strongest sanitizers don’t work.

The study recently was published in the journal Science Translational Medicine.

Protect Yourself Against Superbugs

More than 2 million Americans a year get superbug infections. At least 23,000 of them die.4

You’re most at risk from superbugs when you’re in the hospital. When you’re hospitalized, ask your nurse or another caregiver what type of hand sanitizer they use.

Many hospitals use formulations that are only 60% alcohol. But the new study shows they are becoming ineffective. Sanitizer should be 70% alcohol or more.

If your hospital uses something weaker, bring your own hand sanitizer. One popular brand, Purell Advanced, is now 70% alcohol.  Ask your caregivers to use it before touching you or items in your room.

Editor’s Note: Antibiotics are just one of the three secret triggers responsible for the spread of a deadly bug linked to 88% of cancers. It could be infecting more than 220 million Americans right now.

Discover the simple home test to determine if you have it—and the three foods that kill it—HERE.