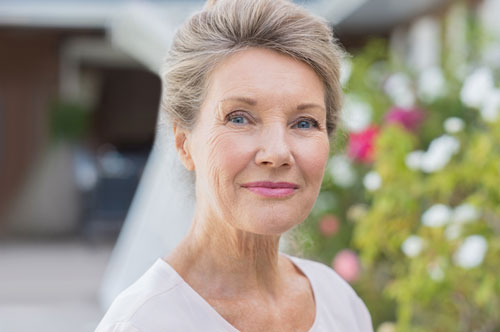 Scientists have long known about a true “fountain of youth’’… a way to increase lifespan beyond the normal range.

The problem is, few people want to do it because it’s so difficult.

Eating drastically fewer calories – about 30% fewer than normal – has been shown to make animals and humans live longer. It also prevents age-related diseases.

It has been shown to make animals and humans live longer. It also prevents age-related diseases.

But who wants a longer life if it means living with severe hunger every day?1 2

Now, a new study shows there may be a way to get the longevity benefits of calorie restriction without starving yourself.

Researchers at the University of Colorado, Boulder studied the effects of a natural supplement called nicotinamide riboside (NR). Previous research has suggested that NR might trigger some of the same lifespan-boosting effects as a calorie-restricted diet.

During the study, all participants ate their usual diet. Throughout the study, their health was closely monitored with blood tests and other measurements.

Does This Supplement Slow Aging?

The researchers found that when the participants took NR, they boosted their levels of a compound that is closely linked with cell youthfulness. It’s called nicotinamide adenine dinucleotide (NAD+). Taking NR raised the subjects’ levels by about 60%. During a calorie-restricted diet, this compound increases by about the same amount.

NAD+ allows the mitochondria, the power station within the cells, to ramp up production.3

When NAD+ is plentiful, it activates an important group of longevity-promoting enzymes called sirtuins. They improve the metabolic action of the cells throughout the body.

Sirtuins keep the body functioning efficiently. As we age, the enzyme levels decline and our metabolic functioning deteriorates as a result.4

Dr. Chris Martens is a postdoctoral fellow at CU Boulder. He led the study.

“The idea is that by supplementing older adults with NR, we are not only restoring something that is lost with aging (NAD+), but we could potentially be ramping up the activity of enzymes responsible for helping protect our bodies from stress,” he said.

The study concluded that NR “appears to activate some of the same key biological pathways that calorie restriction does.”

Calorie restriction comes with side effects that make it difficult to follow. Besides hunger pangs, people may suffer fatigue, dizziness, insomnia, weakness, mental fogginess, and hair loss. NR, however, was well-tolerated by study subjects. There were no reported side effects.5

The study recently was published in the journal Nature Communications.

Besides improving a key marker of longevity, taking NR also reduced blood pressure in subjects with hypertension. They had an average drop of 10 points when taking the supplements. The researchers said this translates to 25% reduction in heart attack risk.6

And the researchers found that NR improved aortic artery flexibility. Lack of blood vessel flexibility is one of the hallmarks of aging. It is a major risk factor for a heart attack or stroke.7

The researchers are now planning two more studies. One will look specifically at the impact of NR supplementation on blood pressure and overall heart health. And a second will determine if NR can prevent cognitive impairment.

Where to Get NR

NR is a form of vitamin B3. It is widely available online and at health food stores. Sometimes it is sold as Niagen. Follow the dosage on the label.

One more thing… If you’re worried about getting older, recent studies show that the symptoms of aging are just like any others. They can be treated or eliminated. Go here to discover specific ways you can stop the clock – and even turn it back.