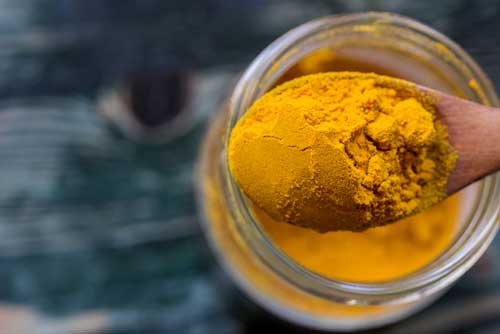 A new study finds that adding one spice to your daily diet can improve your memory by 28%.1

As we age, many of us encounter a decrease in our recall powers. Researchers believe the culprit is inflammation that leads to the development of brain plaques.2

The plaques are composed of proteins called tau and amyloids. As they accumulate, brain cell signaling gets slower, leading to memory problems.

If they continue to build up, the proteins form what researchers call “neurofibrillary tangles.” These tangles are believed to cause Alzheimer’s disease.3

Americans are four times more likely to develop Alzheimer’s than people in India. UCLA researchers wanted to test whether curcumin is the reason.4

Curcumin is a component of the spice turmeric, a staple in Indian cooking. Turmeric is what gives Indian curry its bright yellow color. Many Indians eat it every day.

So UCLA researchers wanted to find out if taking curcumin could improve brain function in people with age-related memory loss.

They gathered 40 adults between the ages of 51 to 84 who had mild memory complaints. Participants were randomly assigned to receive either 90 mg of curcumin twice daily or a placebo. They took them for 18 months.

Neither the researchers nor the subjects knew who was taking curcumin and who was taking placebo pills. All participants took cognitive assessment tests at the start of the study and at six-month intervals.

In addition, subjects had brain scans at the start and end of the study to check for brain plaques.

At the end of the study, the people who took curcumin experienced “significant memory and attention benefits,” the study reported.5

They showed an average 28% improvement on memory tests. They also experienced improvements in mood.

The group that took the placebo showed no benefits.

The brain scans found that those who took curcumin showed “decreases in plaque and tangle accumulation in brain regions modulating mood and memory” compared to those who took the placebo.6

Dr. Gary Small is director of geriatric psychiatry at the UCLA Longevity Center. He led the study. “Curcumin could provide meaningful cognitive benefits over the years,” he said.

“Exactly how curcumin exerts its effects is not certain, but it may be due to its ability to reduce brain inﬂammation, which has been linked to both Alzheimer’s disease and major depression,” he added.

The study recently was published in the American Journal of Geriatric Psychiatry.

Curcumin’s anti-inflammatory properties have been confirmed in study after study. It has been shown to have a positive effect on the treatment of Alzheimer’s, diabetes, arthritis, irritable bowel syndrome, and other conditions.7

A recent report in the British Medical Journal found that a 67-year-old woman beat the blood cancer myeloma by taking curcumin.

We recommend a form of curcumin called BCM-95. It includes natural oils from the turmeric plant that help your body metabolize curcumin more easily. BCM-95 is widely available at health food stores and online.

Although curcumin is generally safe, you should consult your physician before taking it. People taking blood thinners such as Coumadin (warfarin) should exercise some caution. Curcumin is not a blood thinner itself, but it can increase the effect of Coumadin and similar drugs.