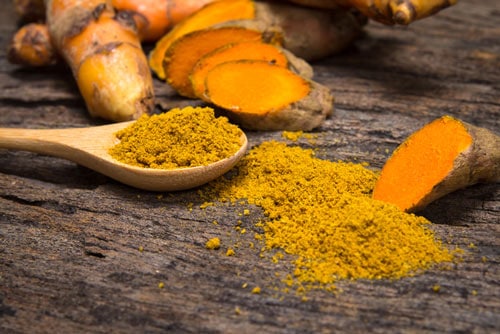 Dieneke Ferguson was dying. She was losing her four-year battle with the blood cancer myeloma.

Despite three grueling rounds of chemotherapy and four stem cell transplants, the cancer was spreading throughout her body.1

She knew her death would be painful. She faced infections, unstoppable internal bleeding, blood clots, and kidney failure.2

So Ferguson decided to chuck conventional medicine. It hadn’t helped her anyway. She wanted to try a natural cure before it was too late.

She had read on the internet about the cancer-fighting properties of the spice turmeric. She stopped all mainstream medical treatments and began taking 8 grams of curcumin—the active compound in turmeric—each day.

Today, over five years later, she is healthy and leading a normal life. Astounded doctors wrote about her case in the British Medical Journal (BMJ). 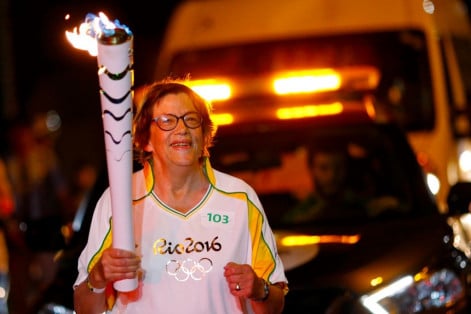 Dieneke Ferguson, 67, at the Olympics in Brazil.

She felt so good that she traveled from her home in north London to the 2016 Olympics in Brazil, where she carried the Olympic torch.3

Ferguson, 67, says, “I hope my story will lead to more people finding out about the amazing health benefits of curcumin.”4

Her doctors are from Barts Health NHS Trust, the second largest cancer center in London. They wrote in their journal article on Ferguson: “The fact that our patient, who had advanced stage disease and was effectively salvaged while exclusively on curcumin, suggests a potential anti-myeloma effect of curcumin.

“She continues to take daily curcumin and remains in a very satisfactory condition with good quality of life. This case provides further evidence of the potential benefit for curcumin in myeloma.”5

Ferguson was diagnosed with myeloma in 2007. In 2011, she stopped her grueling medical regimen and turned to curcumin.

By 2012, tests showed that her cancer was dormant. She no longer had any active cancer-causing cells.

But researchers say that curcumin might save some of these patients.

Turmeric, the spice from which it is derived, has been used in India as a medicine for thousands of years. It is also a staple of Indian cooking and an ingredient in curry dishes. It is ground from the root of the Curcuma longa plant.7

People in India have far lower rates of cancer compared to Americans. Depending on the type of cancer, the rate can be anywhere from eight to 17 times greater for the U.S. population.

Dr. Ajay Goel is one of the world’s leading researchers in curcumin’s health effects. He is director of the Center for Translational Genomics and Oncology at Baylor University Medical Center.

Dr. Goel has witnessed curcumin’s cancer-fighting power both in the lab and in patients. He states flatly that curcumin has “a very strong anticancer effect.”

While the mechanism behind curcumin’s anticancer effect is not entirely understood, Dr. Goel says it appears curcumin interferes with the ability of cancer cells to divide uncontrollably.

Over the past 10 years, studies have found strong evidence that curcumin stops many different types of cancer:

So why do drug companies and most mainstream doctors ignore curcumin?

It’s because compared to cancer drugs, there is little profit in curcumin supplements. Cancer medications often cost patients hundreds of thousands of dollars a year. Curcumin comes from a natural spice that can’t be patented or sold exclusively. It’s abundant and inexpensive.

Take the Right Kind of Curcumin

Curcumin alone has poor bioavailability. It needs fat to be absorbed by the body.

That’s why Dr. Goel recommends a form called BCM-95. It includes natural oils from the turmeric plant that help your body metabolize curcumin. BCM-95 is widely available at health food stores and online.

Although curcumin is generally safe, you should consult your physician before taking it. People taking blood thinners such as Coumadin (warfarin) should exercise some caution. Curcumin is not a blood thinner itself, but it can increase the effect of Coumadin and similar drugs.