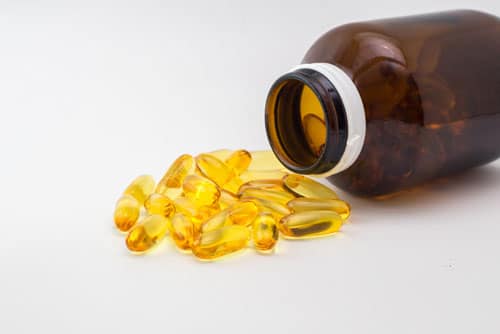 Fish oil is America’s most popular nutritional supplement. About 19 million of us take it in hopes of staving off heart disease and other serious conditions.1

But the science behind it has always been controversial. Some studies showed it worked. Others didn’t.

The confusion extended to doctors. Some enthusiastically recommend fish oil. Others tell patients it’s a waste of money.

A new mega-study attempts to settle the issue. Researchers analyzed randomized, controlled trials that included nearly 72,000 people. All the trials lasted longer than six months. And they all looked specifically at cardiac death as the outcome.

These high-quality studies compared frequencies of heart death between those who consume EPA and DHA omega-3s from fish oil and control groups who didn’t take it.

In the United States, cardiac death is the number-one cause of natural death. Every year it kills 405,000 Americans.2

Overall, the researchers found that fish-oil cuts the risk of cardiac death by a statistically significant average of 8%. That may not sound like much, but fish oil consumption had a dramatically higher effect in certain groups.

Among statin users, for example, fish oil consumption reduced the risk of cardiac death by 13%.

In people with elevated LDL “bad” cholesterol or triglycerides, fish oil had an even greater effect: a 17% reduced risk. About 74 million American adults (32%) have high LDL.3

The study found that dosage is important. The people who got the most benefit took at least 1 gram a day of EPA and DHA. This reduced their heart death risk by 30%.4

Dr. Kevin Maki is chief scientist for the Midwest Biomedical Research Center for Metabolic and Cardiovascular Health. He is the lead study author.

He notes that fish oil has one huge advantage over statins and other heart drugs…there’s almost no chance it will hurt you more than help you.

“One notable feature of EPA and DHA omega-3 supplementation is the low risk associated with its use,” Dr. Maki said. “Because of the low risk for adverse effects, even a modest benefit is clinically meaningful.”

The new study is published in the Journal of Clinical Lipidology. It is the most comprehensive review of fish oil to date.

It did not look at the benefits of getting EPA and DHA from fish instead of a supplement. That’s because no randomized, controlled trials exist. But many observational studies on fish eating show it does boost heart health.5

The best choices are oily, cold-water species such as wild-caught salmon, mackerel, herring, and sardines.

Avoid species that are high in mercury. It’s a potent neurotoxin.

Fish that tend to have high levels of it include swordfish, shark, marlin, orange roughy, and Gulf tilefish.

If you don’t like fish, other foods that contain omega-3s include nuts, seeds, avocados, organic eggs, and olive oil. Grass-fed beef is another quality source. It is also high in protein, which your brain needs to function at its best.

But none of these sources have as much EPA and DHA as oily fish. A fish oil supplement may be the most reliable way to make sure you get enough omega-3s.

Skip the ones at the drug store. They often have impurities such as mercury and other toxins. Instead, look for a quality supplement at your local health food store or online.6

The FDA says up to 3 grams per day of fish oil is safe. The European Food Safety Authority reports no safety issues with up to 5 grams per day.

Editor’s Note: If you are worried about your heart, there’s a natural nutrient you should know about. It has been shown to lower cholesterol safer than a well-known prescription drug.