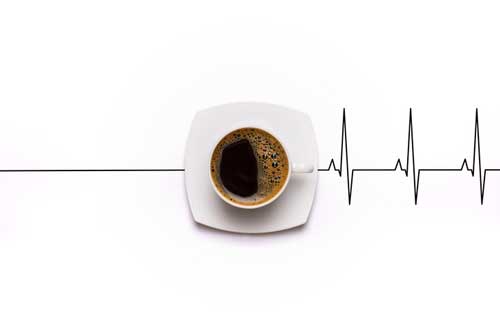 If you want to perform better in sports, there’s something you should take right before you compete. It’s a performance-enhancing drug…but it’s perfectly legal.

And it’s actually good for you.

A new study shows that caffeine enables you to run, bike, swim, or otherwise perform a little faster—and compete harder—than you normally would. This is true even if coffee is part of your normal routine.1

Dr. Bruno Gualano is a professor of physiology and nutrition at the University of São Paulo in Brazil. He’s also an avid bicyclist and coffee drinker.

Dr. Gualano had long questioned the conventional wisdom about caffeine and athletic performance. For decades, scientists, coaches, and athletes have believed that the best way to use caffeine is to abstain from it for days—or weeks—before an athletic event…then load up on it just before competing.

The rationale is that people become used to their daily dose of caffeine. So it’s thought that giving up coffee, tea, and other caffeinated beverages makes the body less used to caffeine…and more likely to gain a performance-enhancing boost from it on the day of the event.

He and his colleagues recruited 40 male subjects. All of them were fit, young competitive cyclists. The researchers divided them into three groups:

The subjects were instructed not to alter their usual caffeine consumption. Then they were asked to report to the university’s human performance lab on three different mornings without having eaten or drunk anything beforehand.

During each visit, the subjects completed a time trial. They were instructed to ride as fast as they could until they had burned about 450 calories. This took about half an hour.

Before the first time trial, they took a tablet containing 400 mg of caffeine. This is roughly the amount in four cups of coffee.

Before the second time trial, they took an identical-looking tablet containing a placebo. During both of these rides, they were unaware what the tablets contained.

Before the third time trial, they did not take any tablets.

Coffee: Powerful Fuel for Your Workout

And their hunch about abstinence was correct. The subjects got the same boost from caffeine regardless of whether they were light, moderate, or heavy caffeine users. They improved their times despite not abstaining from caffeine in the days before the trial.

The implications of the study are obvious, Dr. Gualano says. Athletes don’t have to deprive themselves of coffee in the days before competition to get a performance boost from caffeine.

Dr. Gualano cautions that it’s best to start with a small dose of caffeine to improve athletic performance. He advises starting with one cup of coffee an hour before physical activity.

In addition to improving athletic performance, caffeine increases the ability of muscles to burn body fat. It also promotes alertness. And it creates a perception that an activity is less strenuous than it actually is.

Numerous studies have shown that coffee is beneficial to health. Coffee and tea are rich sources of antioxidants that can fight many chronic conditions.

One more thing: it’s always best to take your coffee straight. If you load up your coffee or tea with sugary creamers or sweeteners, it negates the health benefits.

If you must have a sweetener, we recommend stevia. It’s a natural, zero-calorie plant extract.

Editor’s Note: Caffeine isn’t the only way to boost your performance… In fact, researchers in Wisconsin revealed they found a way to reverse up to 20 years of aging in just 6 months—in a random group of men as old as 81.

Go here to discover how to ramp up your body’s production of this age-reversing compound all on your own…without a doctor.