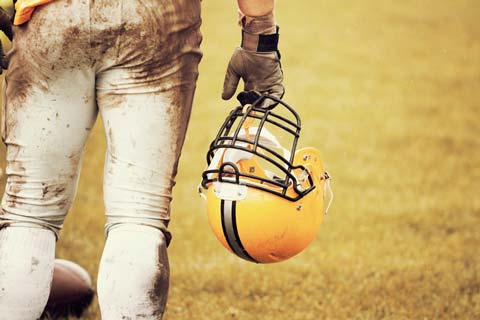 The research is clear: Concussions early in life can cause dementia years later. The problem is so serious in the NFL that the league is spending over $700 million in court-ordered payments to retired football players suffering brain impairment.1

Some players have prematurely quit because of worries about dementia. And recently, even an announcer quit over the issue. ESPN analyst Ed Cunningham said he no longer wanted to promote a sport that causes brain damage. Some experts believe football cannot survive as a sport if a solution isn’t found.2

A new study by Penn State researchers shows that a little-known supplement might be at least part of the answer.3

Researchers tested the supplement Enzogenol in 42 student athletes who had suffered sports-related concussions. It’s an extract from the bark of the New Zealand pine tree Pinus radiata.

Enzogenol is one of nature’s most concentrated sources of flavonoids and other plant polyphenols. It has strong antioxidant and anti-inflammatory properties.

The scientists wanted to find out if Enzogenol would help heal the brain after concussions.4

At the start of the study, the participants were given cognitive tasks while their brain activity was recorded using electroencephalography scans (EEGs).

For six weeks, participants took either 1,000 mg of Enzogenol or a placebo daily.

Afterward, the researchers tested the subjects again. The EEGs revealed that the group that took Enzogenol had increased electrical activity. This was particularly pronounced in the frontal cortex area of the brain. That’s where cognitive processing takes place. When your frontal cortex is active, you are able to solve problems quickly and remember things easier.

The subjects had reduced activity in the parietal cortex. This is a sign they had less mental fatigue. It showed that their brain was able work on tasks without tiring.

The placebo group showed no improvements in any of these areas.6

The researchers concluded: “Enzogenol has the potential to improve brain functioning in the chronic phase of concussion.” And there were no side effects. The study reported it was “well tolerated” by all participants.

The study was published recently in the journal Developmental Neuropsychology.

It’s not only football players who benefit from Enzogenol. Other studies show that it can improve memory in people who have not suffered brain trauma.

Australian scientists gave men ages 50 to 65 a daily dose of Enzogenol for five weeks. They found that almost all the subjects had improvements in memory. It made their brains act younger. The improvements were the equivalent of taking seven to 12 years off their age.7

Professor Richard Silberstein of the Brain Sciences Institute of Swinburne University led the study. “Enzogenol seemed to improve the way different brain regions interacted or talked to each other,” he said. “This would explain why we saw the performance increase in cognitive tasks.”

Enzogenol is widely available in health food stores and online. Follow the label directions for dosage.

Editor’s Note: If you are worried about Alzheimer’s, there is something else you should know…

The decades’ worth of research on one natural herb is impressive to say the least. And Big Pharma knows it… They’re trying to turn this extract into a drug. Go here for all the details.