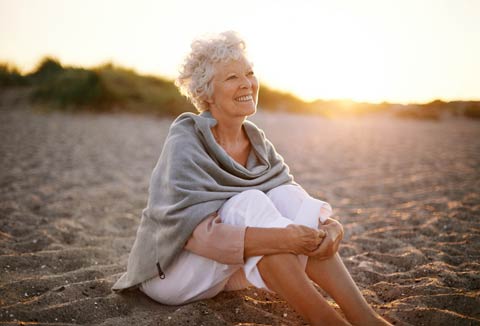 At INH, we provide you with the most unbiased, accurate, and cutting-edge health guidance you can get… But it is still gratifying when impeccable research confirms the advice we’ve been giving our readers.

For years, we have been telling you that not all vitamin D is created equal. One type is more readily absorbed and has greater health benefits.

And now a major new study confirms our longstanding recommendation.

There are two major types of vitamin D. They are D2 (ergocalciferol) and D3 (cholecalciferol). Vitamin D supplements come in both varieties.

Researchers from the University of Surrey in England wanted to see which form was most effective. This is an important question since studies have found that 75% of Americans are deficient in vitamin D.

We get the majority of our vitamin D through exposure to sunlight. But most of us, since we spend so much time indoors, don’t get enough sun. Millions of people try to compensate by taking a supplement. Vitamin D is the fourth biggest-selling type of supplement behind fish oil, multivitamins, and CoQ10.1 2
The English researchers decided to test the widely held belief that vitamins D2 and D3 provide equal health benefits.

Doctors have traditionally recommended D2 or they don’t specify which form to take. D2 is cheaper and more widely available. After reviewing previous research, we’ve been telling our readers that D3 is the best option.

In the new study, scientists gave either vitamin D2 or D3 to 335 volunteers.3

The group receiving vitamin D3 raised their blood levels by up to 75%. Those getting D2 had only a 34% increase.

Dr. Laura Tripkovic is a teaching fellow at Surrey University. “Our findings show that vitamin D3 is twice as effective as D2 in raising vitamin D levels in the body,” she said. “This turns current thinking about the two types of vitamin D on its head.”

The study was published in the American Journal of Clinical Nutrition.

Foods such as milk, orange juice, cereal, and yogurt are often fortified with vitamin D2. The study authors say the new findings should encourage food makers to move towards vitamin D3. And they say doctors should start recommending D3 supplements, as we have been doing.4

Said Dr. Tripkovic: “This is a very exciting discovery which will revolutionize how the health and retail sector views vitamin D.”

How Much Vitamin D Do You Need?

Try to get 15 minutes of sun a day with your arms and legs exposed. And have your doctor check your vitamin D level. It’s a simple blood draw.

If your reading is less than 20 ng/mL, you need more vitamin D (ideal levels are 40-60 ng/mL).  If it’s not possible for you to increase your sun exposure, take a quality vitamin D3 supplement. We recommend 5,000 IUs a day.

You can also raise your levels by eating foods high in vitamin D3. The best sources are pasture-raised eggs and wild-caught salmon and other oily fish such as sardines, herring, and mackerel.