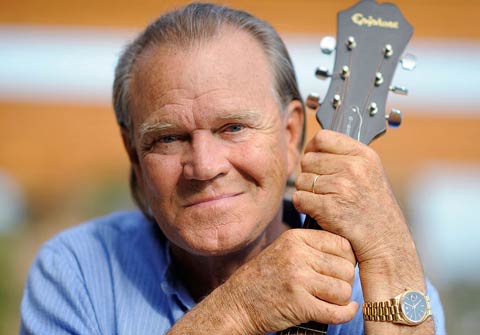 When Glen Campbell made the brave decision six years ago to reveal to the public he had Alzheimer’s disease, he knew his life was likely coming to an end.

But he didn’t know how he would die. That’s because Alzheimer’s itself does not kill a person.1

Alzheimer’s destroys nerve connections in the brain. This makes it progressively more difficult to do ordinary things like move around, swallow, and feed yourself.

While the disease devastates the brain, it does not kill you. Complications of the decline in brain function are what directly lead to death.

Campbell died Tuesday at age 81. He revealed he had Alzheimer’s in June of 2011.

At the time, he was planning a farewell tour. He said he wanted people to know he had the illness so they would understand if he forgot lyrics or appeared confused at times on stage.2

He gave his last performance in 2012. By the spring of 2014, he had moved into a long-term care facility in Nashville.

His family did not announce the cause of his death. But pneumonia kills about two-thirds of dementia patients, according to Dr. Marc L. Gordon. He is chief of neurology at Zucker Hillside Hospital in Queens, New York.3

When Alzheimer’s patients start to lose the ability to swallow, bits of food or liquid may go down the windpipe instead of the esophagus. This causes lung damage or an infection that can lead to pneumonia, Dr. Gordon said.

Other common causes of death in Alzheimer’s patients include sepsis, injuries from falls, and infections from bedsores.

The U.S. Centers for Disease Control says 93,541 people died of Alzheimer’s in 2014, the last year for which statistics are available. However, some experts believe the death toll could be five or six times higher. That’s because pneumonia, not Alzheimer’s, is often listed as the cause of death.

And Alzheimer’s still carries a stigma that leads some patients to keep their diagnosis secret.4

In his final years, Campbell became a hero to other Alzheimer’s patients and their caretakers. By being so open about his condition, he showed that having the disease was nothing to be ashamed of.5

Director James Keach worked with Campbell on an award-winning 2014 documentary called “Glen Campbell… I’ll Be Me” that chronicled the singer’s illness.

“He wanted to tell the story of his Alzheimer’s disease,” Keach said. “He was told to hang up his guitar. Instead, he proudly walked out and said, ‘This is who I am. There’s no shame in my game. I am going out singing the song.’”

After the movie was released, Keach said other Alzheimer’s patients often thanked Campbell, telling him “I no longer feel ashamed.”6

Editor’s Note: If you’re worried about Alzheimer’s, there’s something else you should know… It’s NEVER too late to build a strong brain. That’s why Dr. Paul Nussbaum created his unique Ageless Brain Kit.