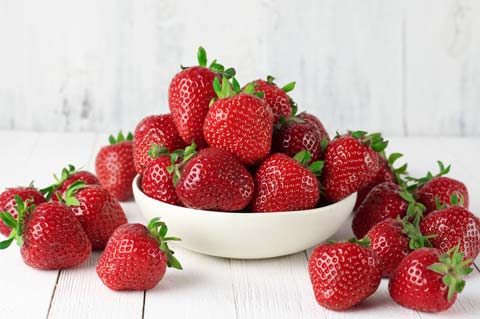 Can a compound found in strawberries keep your mind sharp into old age?

A new study by the famed Salk Institute has found that a strawberry extract stops cognitive decline by preventing brain cell inflammation that usually occurs with aging.1

Excited scientists believe it may be a major breakthrough in preventing and treating conditions like Alzheimer’s.

The researchers studied mice genetically altered to age prematurely. They took 3-month-old animals and divided them into two groups. One group received normal food. The other group ate food supplemented with a strawberry extract called fisetin.

Fisetin is a flavonoid. Previous research has shown that it’s a powerful antioxidant.2

Dr. Pamela Maher is a scientist at Salk’s Cellular Neurobiology Lab in La Jolla, Calif. She is senior author of the study.

“At 10 months, the differences between the two groups were striking,” she said.

Mice eating normal food had difficulties with all the cognitive tests. They had elevated markers of stress and “rampant inflammation” in their brain cells.

But the mice that took fisetin had the brains of young animals. They showed no mental deficit whatsoever. Their cognitive abilities and inflammatory markers were the same as they were at the beginning of the study.

In other words, their brains had not aged.3 And fisetin had no side effects.

Dr. Maher said it’s likely fisetin has a similar effect on the human brain. She believes it could become a “groundbreaking” strategy to protect people from Alzheimer’s and other brain diseases associated with aging. Dr. Maher hopes to start human trials soon.4

Strawberries contain more fisetin than any other food. But it is also in apples, persimmons, onions, mangoes, and cucumbers. Previous research has suggested it might also treat diabetes.

Organic strawberries are a great source of fisetin. But you would have to eat more than 30 berries a day to get the human-equivalent dose used in the Salk study.5

A better option is a fisetin supplement. They are available at health food stores and online. Take 100 mg a day with a glass of water.

Editor’s Note: If you’re worried about Alzheimer’s, there’s something else you should know… The decades of research on this brain-healing herb is impressive to say the least… And you can get it now for just pennies a day. Get all the details on this memory miracle, HERE.