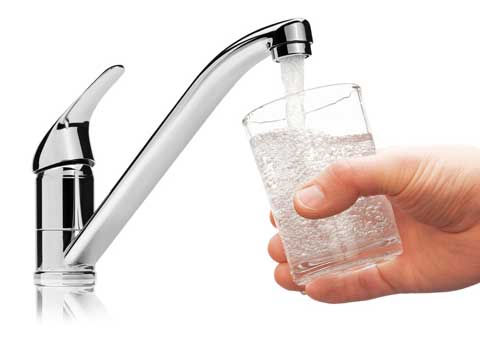 Is there cancer in your drinking water?

That’s a question all Americans should be asking after a shocking new water-quality report. It reveals a contamination problem so widespread that the danger could far surpass the terrible water crisis in Flint, Michigan.1

The study found a chemical called 1,2,3-trichloropropane (TCP) in water supplies throughout the country. It is a powerful carcinogen.

“Even the slightest amount of TCP in the water would be considered to be a potential health effect,” said Tratnyek. He’s a professor at the Institute of Environmental Health at Oregon Health and Science University.

TCP is confirmed in municipal water supplies across 13 states. That number is expected to rise as more systems are tested, according to a report by consumer watchdog group the Environmental Working Group (EWG).

Jerry Tinoco lives in Arvin, Calif. It’s one of the places where TCP has been found in the water.

He says three close family members have been diagnosed with cancer.

“The word that really captures it is ‘outrage,’” he said. “It’s a man-made chemical, so someone is to blame.”

That “someone” is Dow Chemical and Shell Oil, according to a lawsuit filed by 30 communities with TCP in their water. They allege the two corporations knew the chemical threatened drinking water. But they used it in their pesticide formulas anyway.

Dow and Shell started adding TCP to pesticides in the 1940s. They claimed it improved their products’ ability to kill round worms.2

“By at least 1970, the companies knew that it posed a direct risk to groundwater,” said a lawyer for the cities. Yet they continued to use it.

TCP was finally banned in the 1990s. But it was too late. The poisoning of water systems had already occurred.3

States confirmed to have TCP-contaminated municipal water supplies include:

Not all water systems in these states have TCP. Most that do are in farming areas.

But the list will likely get much longer. That’s because not all systems have been tested.

In California alone, eight million people have been drinking the TCP-polluted water for years without knowing it, according to the EWG report.4

It’s impossible to say how many people have suffered cancer because of TCP poisoning.

In Flint, where lead in the water was poisoning residents, there was a relatively easy fix. Lead pipes could be replaced.

But scientists warn the TCP problem is more difficult to solve.

TCP breaks down very slowly. When it gets into the groundwater, “it’s remarkably persistent,” said Bill Walker. He’s co-author of the EWG report. “Once it is in the water, it stays there for centuries.”5

Since TCP contamination is just now becoming known, there are no state or federal safety standards for it. Utility companies are not required to test for it, let alone remove it.6

How to Protect Yourself and Your Family

Drinking bottled water does not protect you. It usually comes from municipal water supplies. There’s no guarantee it won’t be just as contaminated with TCP as tap water.

The best defense is to filter your drinking water. The least expensive option is a carbon filter that fits atop a pitcher. The EPA confirms that carbon filtration removes TCP.7

The most effective filter combines carbon filtration with reverse osmosis. These dual systems fit under your sink. They can also be added to your refrigerator water dispenser. They remove TCP and most other contaminants. They cost around $200.

The highest level of protection is a full home purification system. It filters water before it enters your home. These systems cost $850 to about $2,600.8
Health Watch will continue to keep you informed about the unfolding TCP crisis as more water testing is completed.

Editor’s Note: We’ve uncovered one of the most shocking conspiracies of all time… A scheme to suppress a stunningly effective treatment for cancer…and keep it hidden from the patients who desperately need it.