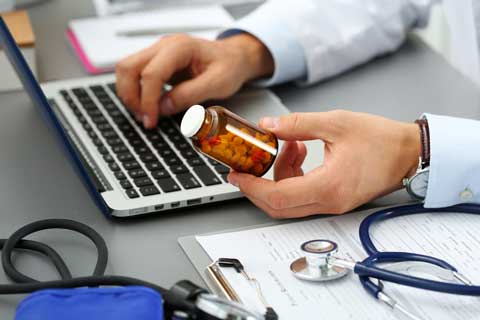 When your doctor prescribes a new drug to you and tells you the possible side effects, you’re not getting the whole picture.

A recent Yale University study shows that anybody who takes a newly approved medication is, in effect, a human guinea pig.

Researchers looked at all 222 prescription drugs approved by the U.S. Food and Drug Administration between 2001 and 2010. Almost a third of them—71—were found to have serious side effects after they had already been approved.1

Many of the side effects were permanently debilitating or even deadly.2

“Black box” warnings are issued by the FDA when a drug causes life-threatening complications. Researchers found that 61 of the drugs were slapped with black box warnings after they were already on the market. Three drugs were found so dangerous that they were banned entirely.3

Dr. Nicholas Downing is a resident physician of internal medicine at Brigham and Women’s Hospital in Boston. He is an author of the study. Dr. Downing says that patients often take dangerous drugs for years before the FDA gets around to issuing a warning.

“These safety risks emerge, on average, four years after approval,” he said. “This means that many patients are exposed to these medications before the risks become clear.”

Don’t Be a Human Guinea Pig

These are among the most widely used drugs with warnings added after they were already being sold:

Humira: It’s used for arthritis. It was found to raise the risk of serious infections.4

Abilify: This antidepressant was found to cause compulsive and risky behavior. Some patients say it turned them into gambling or sex addicts.5

Pradaxa: This blood thinner was found to increase the risk of “serious bleeding events.” In one year alone, 2,300 patients reported excessive bleeding from Pradaxa.6

Why are drugs allowed on the market without their side effects being known? The fact is, the FDA often doesn’t require large-scale human trials before it approves a medication.

Most drugs are allowed on the market after being tested in less than 1,000 patients. Pharmaceutical companies love this arrangement because they don’t have to spend as much money on trials.7

Dr. Caleb Alexander is co-director of the Johns Hopkins Center for Drug Safety and Effectiveness. He notes that many people think a drug must be safe if the FDA has OK’d it.

“All too often, patients and clinicians mistakenly view FDA approval as an indication that a product is fully safe and effective,” he said.

“Nothing could be further from the truth.”8

A study in the Journal of the American Medical Association found that 106,000 Americans die each year because of drug side effects.9

Protect Yourself From New Drugs

Obviously, you should not take a newly approved drug unless you absolutely have to. If your doctors suggests one, ask for an older, more proven alternative.

And if you must take a new drug, be vigilant. At the first sign of side effects—even if they aren’t listed on the label—see your doctor.

Editor’s Note: To find out more, read our special report, The Top 10 Dangerous Pharmaceutical Drugs—And Their Natural Alternatives. It has important, potentially lifesaving information for you and your family. Get all the details HERE.