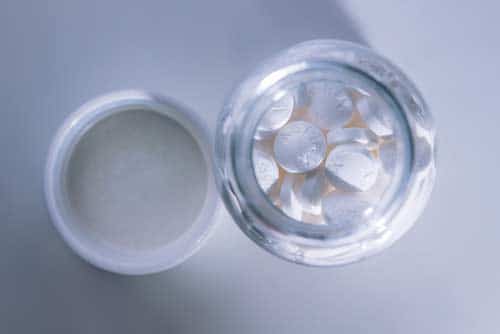 Millions of people take a daily low-dose aspirin to prevent a heart attack. But a major new study shows it does more harm than good for most of them.

University of Florida researchers tracked more than 33,000 people diagnosed with atherosclerosis. This is hardening of the arteries. It can lead to a blood clot, which in turn can cause a heart attack or stroke.

All the subjects were 45 or older. Scientists tracked them for six years.

They found that for patients who had not experienced a previous heart attack or stroke, a daily aspirin had zero benefit. In fact, it slightly increased their risk.

People taking daily aspirin had a 10.7% risk of heart attack or stroke. Those not on the regimen had a 10.5% risk.1

For subjects who had a previous heart attack or stroke, or who had a coronary bypass or stent, the researchers found that aspirin did have some marginal benefit.2

Dr. Anthony Bavry is a cardiologist and associate professor at the University of Florida College of Medicine. He is lead author of the study.

“Aspirin therapy is widely used and embraced by cardiologists and general practitioners around the world,” he noted. “This takes a bit of the luster off the use of aspirin.”3

The Risks of Daily Aspirin

In theory, daily aspirin acts as an antithrombotic agent. This means it reduces the clotting ability of your blood. But aspirin’s blood-thinning power has drawbacks.4

That’s why it’s important for people to avoid aspirin unless it’s clear they are helped by it, Dr. Bavry said.

“There are many individuals who may not be deriving a benefit from aspirin,” he said. “If we can identify those patients and spare them from aspirin, we’re doing a good thing.”

The study was recently published in the journal Clinical Cardiology.

If you are one of the millions of Americans worried about having a heart attack, there is a safe, natural alternative to aspirin.

It has the blood-thinning effects of aspirin without causing bleeding. It has also been found to improve blood flow in the legs of people suffering from chronic venous insufficiency, which causes varicose veins, swollen ankles, and leg cramps.

Rutin may be the reason for the old adage “An apple a day keeps the doctor away.” That’s because apples are one of the foods highest in rutin. Figs and tea also have plenty of it.

Most of the rutin is contained in the skin of the apple. So buy organic and make sure you eat the peel. One red apple a day gives you the rutin you need.

Another option is to take a rutin supplement. They are widely available at health food stores and online. Take 500 mg once a day with a meal.

One more thing… There is one situation where you absolutely should take aspirin. That’s when you think you are having a heart attack.

The sooner you take a standard 325 mg aspirin, the better. And don’t swallow it with water like you normally would. A 2015 study found that chewing the aspirin for about 30 seconds before swallowing works best.6

Editor’s Note: More than 2,300 people die of heart disease every day. That means the mainstream’s medical solutions are a failure. Get the scoop on the real, natural solution that one cardiologist credits with restoring heart health to almost every single one of his patients. Discover all the details HERE.