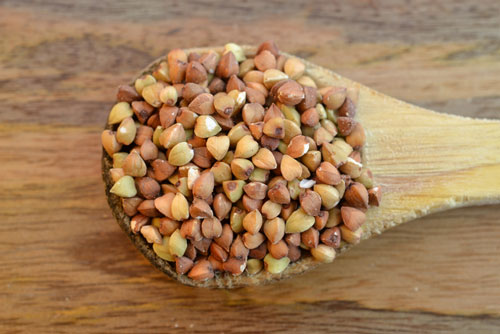 Americans buy more than 44 million packages of aspirin a year to try and ward off heart attacks and strokes.1

But that daily aspirin may be doing more harm than good. Sure, aspirin acts as a blood thinner. But it also strips away the stomach lining, causing ulcers and bleeding. And if ulcers aren’t bad enough, bleeding can occur inside the brain, resulting in death.

If you are one of the millions worried about having a heart attack there’s another alternative. Minus the bleeding, ulcers, and death.

Dr. Robert Flaumenhaft, a professor at Harvard Medical School, led the study. His group of researchers administered this natural supplement orally to rats. And they discovered that this natural cure had anti-thrombotic properties.

Thrombosis is commonly known as a blood clot. Clots block blood flow to the brain and to the heart. This leads to heart attack and/or stroke.

Researchers tested over 5,000 compounds and this particular one proved to be the most potent.

What is this life-saving compound?

Maybe you’ve never heard of it. But rutin is a flavonoid that proves the old adage “an apple a day keeps the doctor away.” It can be found in many fruits and vegetables including onions, citrus fruits, and – you guessed it – apples. You can also buy it in supplement form.

And it does more good than any of those dangerous drugs…

Because rutin not only proved to prevent arterial clots. But it also showed effectiveness in preventing venous clots. Those can cause deep-vein thrombosis and pulmonary embolisms. Anti-clotting drugs such as aspirin, Plavix, and Coumadin only target one type of clotting.

“A safe and inexpensive drug that could reduce recurrent clots could help save thousands of lives,” said Dr. Flaumenhaft.

And rutin may just be the answer.

This isn’t the first study that has shown its effects on the body’s blood flow in veins.

In another study, published in the journal Minerva Cardioangiologica, researchers studied how rutin benefits people suffering from chronic venous insufficiency (CVI).4 CVI is when leg veins cannot pump enough blood back to the heart. It results in varicose veins, ankle swelling and leg cramping.

Researchers gave 30 patients with CVI a combination of rutin and other supplements including vitamin E. After just 30 days patients showed improvement.

What’s next for rutin?

Researchers still have to conduct clinical trials on humans. Since the FDA has already said rutin is safe, tests on humans can begin without the time and expense to establish the safety of a new drug.

But if you’re interested in this supplement, you may want to hurry and stock up.

The FDA has its sights set on it. This compound is so effective, the FDA wants to make it an approved drug. That would ban it as a supplement. You’d need a prescription to get it. And chances are, it’s going to cost a heck of a lot more too.

But you don’t have to wait for the FDA. Rutin is safe. So skip the aspirin and deathly side effects.

More than 2,300 people die of heart disease every day. That means the mainstream’s medical solutions are a failure! Get the scoop on the real, natural solution that one cardiologist credits with restoring heart health to almost every single one of his patients! And see the easy way to implement it in your own life, today. Just go here for all the details.