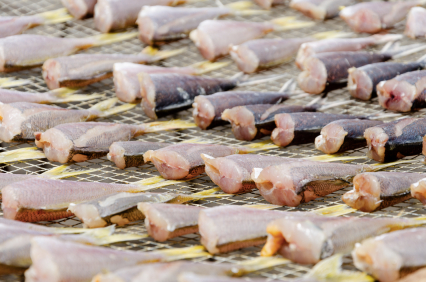 Last week we told you how livestock owners were cutting costs by feeding cattle candy. Now another popular food industry is making news. And it isn’t good.  In fact, this time it’s even worse…

As you probably know, fish is an excellent source of lean protein. It is low in fat and calories. And depending on the fish you choose, you get essential fatty acids such as omega-3.

But depending on where that fish is coming from, you may be getting a lot more than you think. And it definitely isn’t vitamins and nutrients.

We know about the dangers of mercury and other toxins in fish and how to avoid them.

But that’s only half the story.

Health officials aren’t warning us about what fish suppliers in China and other Asian countries are feeding the fish they send over to the U.S. The fish sold in your local grocer. And the fish you’re eating, fresh and frozen.

Prepare to be shocked (and – sorry – disgusted)!

Let’s look at China first.  It is the major exporter of tilapia and scallops.1 Last year Americans ate over 475 million pounds of tilapia, making it the most popular farmed fish in the U.S.2

China actually feeds their farmed fish feces from pigs and geese.3 Why? Simple… it’s cheaper than commercial fish food. And with the fish industry becoming so competitive they have to find ways to cut down on costs. Regardless of what it may be doing to the fish… and you!

The animal waste is making the fish sick and prone to disease. And adding manure to the water contaminates it and makes it unsafe for living in.

Michael Doyle, director of the University of Georgia’s Center for Food and Safety says the practice is dangerous not just for the fish, but also for American consumers.

“The manure the Chinese use to feed fish is frequently contaminated with microbes like salmonella,” says Doyle, who has studied food borne diseases in China.

It’s not just tilapia you need to worry about. Watch out for shrimp and scallops imported from Asia.

Workers at a facility in Vietnam sort shrimp on dirty floors with trash and flies crawling all over. They then pack the processed shrimp in dirty plastic bins covered in ice.

Yes, ice is good. However, that ice is frozen tap water often found to be contaminated with bacteria and unfit for human consumption.

The bacteria in the frozen ice can spread to the seafood and in turn poison you. Again, no one is thinking about your health.

Even though the FDA knows about these conditions, it still only inspects a small percentage of imported seafood… less than three percent.4

So what can you do to make sure you aren’t eating contaminated fish?

Always buy wild fish.5 Avoid imported seafood grown in confined aquacultured areas. If you live on the coast buy local and fresh. And when you’re in the freezer aisle always look at labels. Buy seafood that was caught in America. If you can’t find that, look for fish imported from Canada, Iceland, or New Zealand.

Also, when buying frozen try to pick vacuum-sealed packages opposed to plastic wrapped. It will be fresher and won’t have freezer burn.

Don’t let the seafood industry’s dirty little secret hurt you. You know you can’t rely on the FDA to protect your health so take it in your own hands and make wise decisions. It will definitely be worth it in the long run.