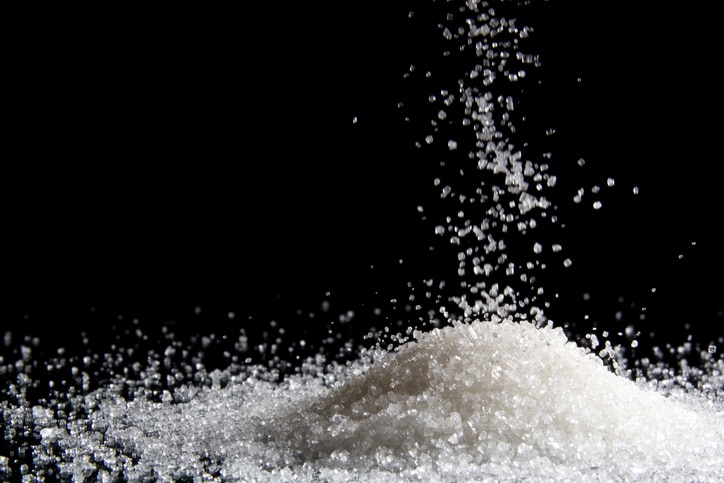 In the 1960s, the sugar industry perpetrated a huge fraud on the public.

People were starting to blame sugar for the sudden rise in heart disease in America. So sugar makers hatched a plot to keep their profits rolling in. They called it Project 226.1

Under the scheme, they bribed Harvard professors to publish fake research. Their “studies” showed heart disease was not caused by sugar, but by fat.

One of the scientists taking sugar industry payoffs was Dr. Frederick Stare. He was chair of Harvard’s Public Nutrition Department. Dr. Stare praised Coca-Cola as “a healthy between-meals snack.” He recommended sugar as a good “quick energy food.”2

As a result of the false “research” and statements like Dr. Stare’s, Americans continued to eat foods packed with sugar.

You know the rest of the story… Heart disease became our nation’s number one killer. It still is today. It takes the lives of more than 600,000 Americans every year.

It wasn’t until more than 50 years later that Project 226 was exposed.

Recommended for You: You’d never think this grocery store food would hold so much age-defying power…

If you thought Big Food had learned its lesson…you’d be wrong.

They recently tried again to manipulate sugar research to boost their profits.

Big Food even managed to get a prestigious scientific journal, the Annals of Internal Medicine, to publish its “findings.”3

The new research purported to refute earlier studies showing that sugar wrecks your health. It concluded that warnings to cut sugar intake couldn’t be trusted because there is no evidence to back them up.

Unlike the fraud of the 1960s, this time scientists not on Big Food’s payroll immediately exposed the scam. They revealed the study was funded by Coca-Cola, General Mills, Hershey’s, Kellogg’s, Kraft Foods, and Monsanto.4

One of the whistleblowers was Marion Nestle. She’s a professor of nutrition, food studies, and public health at New York University. “It’s shameful,” she said. “This is a classic example of how industry funding biases opinion.”

Barry Popkin is a professor of nutrition at the University of North Carolina. He said he was stunned the pro-sugar paper was even published. Its authors “ignored the hundreds of randomized controlled trials” that have documented the harms of sugar, he noted.

“They ignored the real data, created false scores, and somehow got through a peer review system that I cannot understand,” he said. “It is quite astounding.”

The study appeared as the sugar industry is threatened by new initiatives aimed at fighting the global obesity crisis. Sugar taxes and new government dietary guidelines will cut into their huge profits.

But it shows Big Food will stop at nothing to mislead Americans and keep people eating their toxic products.5

The White Powder Will Kill You

Don’t let the processed food industry hoodwink you. We’ve been telling you for years about the toxic effects sugar has on your body.

Sugary drinks alone kill about 184,000 people a year, according to a study by Tufts University.6

But Big Food just keeps trying to keep Americans in the dark. In 2015, Coca-Cola provided millions of dollars to researchers who sought to downplay the link between sugary drinks and obesity.

In 2016, the Associated Press reported that candy makers funded a study claiming that children who eat candy are less overweight than those who don’t. Misleading headlines like “Does Candy Keep Kids from Getting Fat?” appeared in the media.7

One more thing… Now that sugar has finally been identified as one of the worst foods you can eat, food makers have found ways to hide it.

Instead of calling it “sugar” on ingredient labels, they use weasel words to cover their tracks.

That’s why our team of researchers created this important guide. It lists 80 food label words that signal one thing: hidden sugar.