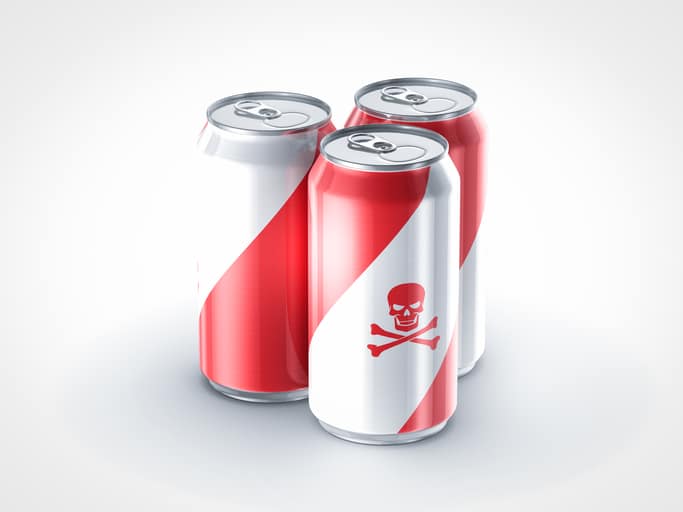 Diet soda is one of the worst things you can put in your body. Research links the artificial sweeteners in it to cancer. That’s on top of the other carcinogens they contain, like caramel coloring and sodium benzoate…  And low-cal soft drinks double your diabetes risk and make you gain weight—not lose it.

Now, research reveals yet another reason to avoid diet soda. It not only damages your body…

It rots your brain.

One Serving, Triple the Risk

A major new study published in the journal Stroke examined the health data and soda-drinking habits of more than 4,200 people older than 45 over a 10-year period.

The results were alarming. People who drank just one serving of diet soda a day were:1

Even drinking a small amount of diet soda was shown to be dangerous. Those who drank just one to six sodas a week were at 2.6 times greater risk for a stroke.

Dr. Ralph Sacco is a professor and chair of neurology at the University of Miami Miller School of Medicine. He co-authored an editorial published with the study. He said it appears that diet soda triggers hardening of the arteries, which in turn leads to Alzheimer’s and strokes.

“We believe the pathways which artificially sweetened beverages would affect the brain are probably through vascular mechanisms,” he said.2

Previous research in the journal Diabetes Care linked daily diet soda intake with a 67% increased risk of type 2 diabetes. That same study found it puts you at 36% greater risk for metabolic syndrome. It’s a cluster of conditions that lead to heart disease and stroke.3

Alzheimer’s and stroke are not the only health threats posed by artificial sweeteners:

If you’re worried about your brain health, there’s something else you should know. The decades’ worth of study results on this natural herb extract are so promising, Big Pharma is trying to turn it into a drug. Get all the details here.