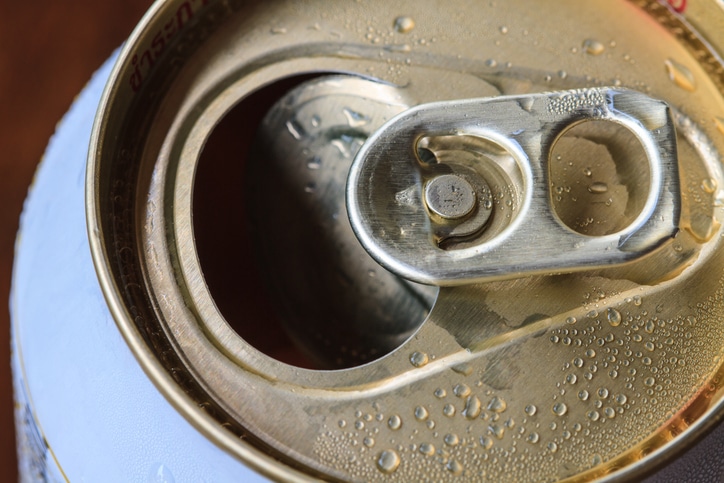 In 1963, Coca-Cola introduced Tab, its first “diet” soda. It was sweetened with cyclamates and saccharin instead of sugar.1

That’s when Big Food started telling a big lie about diet soda: that it could help you become thin while still allowing you to enjoy a sweet treat.

Millions of people believed it. After all, it seemed to make sense. If something had no calories…how could it be fattening?

But a strange thing happened. Americans didn’t get thinner. In fact, they got fatter.

Recommended for You: “One Dose is Life-Changing for Some [Cancer] Patients”

…That’s according to Dr. Jeffrey Hergenrather. Thanks to this natural compound, hundreds of patients have been reported cured in the last year alone. In fact, one provider even reports a 96% cure rate for patients who added this therapy to their chemo and other treatments.

So why has the government banned this safe, potent cancer treatment? Discover the shocking reason HERE…as well as the legal loophole that lets you get your hands on it.

New research shows that “diet” soda is a giant hoax perpetrated on the American public.

A recent report from the School of Public Health at Imperial College London shows that diet soda is every bit as fattening as regular soft drinks.4 It found no evidence artificially sweetened beverages prevent obesity.

Professor Christopher Millett is senior investigator for Imperial’s School of Public Health. He said: “A common perception, which may be influenced by industry marketing, is that because ‘diet’ drinks have no sugar, they must be healthier and aid weight loss…we found no solid evidence to support this.”

Carlos Monteiro is a professor of Nutrition and Public Health at the University of São Paulo in Brazil. He was part of the research team and a co-author of the report. He said: “Far from helping to solve the global obesity crisis, [diet soda] may be contributing to the problem and should not be promoted as part of a healthy diet.”

The report is part of a growing scientific consensus putting to rest the myth that diet soft drinks are healthy.

A recent study at the University of Sydney found that drinking diet soda caused study participants to increase their caloric intake by as much as 50%. The Australian researchers say artificially flavored soft drinks cause strong hunger cravings.

The brain senses intense sweetness from the incoming soda and expects a flood of calories to hit the body. When the calories don’t arrive, the brain demands them. The result is intense hunger pangs. This causes diet soda drinkers to take in more calories than they would have if they had been drinking sugary soda.

Scientists who conducted the Australian study put it this way: “When sweetness versus energy is out of balance for a period of time, the brain recalibrates and increases total calories consumed.”5

Fake weight loss claims may be the least of the health concerns regarding diet soda. Artificial sweeteners in soft drinks are linked to a slew of serious, even deadly, conditions.

Saccharin (Sweet ‘N Low). Animal studies show it increases the risk of uterine and bladder cancers. Some people react to saccharin by suffering from headaches and diarrhea. The FDA unsuccessfully tried to ban saccharin in 1972, but Big Food lobbyists won the battle.6

The consumer watchdog group Center for Science in the Public Interest has put sucralose on its list of the most dangerous foods.8

The bottom line? Dump diet sodas. Switch to fruit-infused sparkling water. It’s low in calories and high in cancer-fighting antioxidants. Just cut up your favorite fruit and add it a glass of plain sparkling water.

If you want to lose weight, here’s something else you should know…

There is a little-known chemical in our bodies that tells our brain we are full. If this chemical is off-balance, it doesn’t matter how much you eat…you’ll soon be hungry again.

Discover the secrets behind this and two other chemicals that are keeping you fat by clicking HERE.